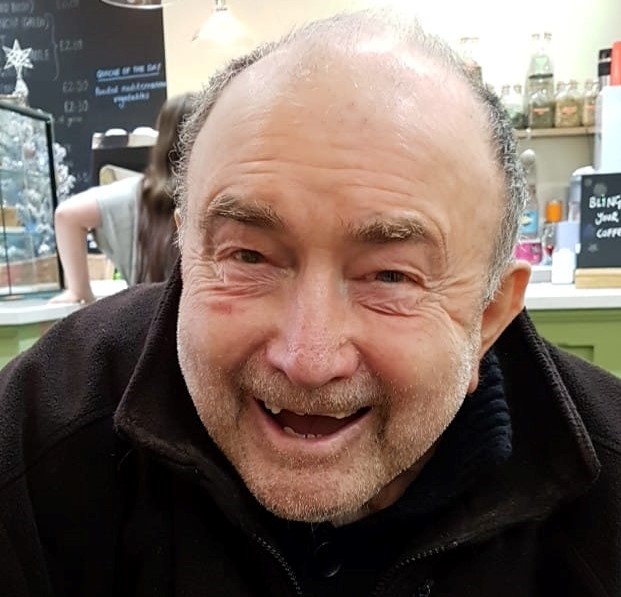 * Wyn Hughes was always ready with a smile.

Tributes have been pouring in this evening to one of Llangollen’s most famous and best-loved characters.

Wyn Hughes – affectionately known as Wyn Paraffin – died at the age of 86 in Chirk Hospital early yesterday (Thursday) morning where he had been re-couperating from the stroke he suffered early last year.

His cousin and former town councillor George Hughes recalled that Wyn was born in Bank Top, off Hall Street, the son of Joe Hughes, who was George’s father’s brother, and Betty who was originally from Llanuwchilyn near Bala.

Wyn later lived in Willow Hill and latterly spent many years in the small housing development off Regent Street opposite the Co-op.

Following the stroke he moved to the Abbey Dingle nursing home.

His father worked at the Robert Evans ironmongers in Oak Street for which he used to deliver paraffin around the area – which is where both he and Wyn got the famous nickname.

Later both Wyn and his father worked at Mile End Mile where Wyn was a de-greaser of steel and Joe was a lift attendant.

After that Wyn took a job with the council as a road cleansing operative.

He was also well known for the unpaid work he did in the community, including looking after the grounds at St Collen’s Church and helping with the annual sales of Royal British Legion poppies.

However, perhaps his best known role was as a keen supporter and helper for Llangollen Football Cub whose manager and former player, Damien Tobin, paid glowing tribute to him this evening.

He said: “Wyn has carried out several roles within the football club over the years. He used to clean out the changing rooms, line-mark the pitch, help put out with the nets and corner flags.

“He even used to run on the pitch with a bucket and sponge to treat injured players, to everyone’s amusement. He never missed a game home and away.

“The players loved having Wyn in the changing rooms before a game and every away team and referee made a fuss of Wyn when they arrived at Tower Field.

“His famous phrases of “C’mon you Spurs,” and “Back and face, Llan,” would echo from the stand every game.

“Several players and friends of Wyn regularly picked him up from his house to take him to games and he was so thankful for that gesture.

“The man held a special place in so many people’s hearts, I'd personally love to see a book of condolence opened up for people to leave a last personal message.”

Wyn’s cousin George Hughes said of him: “He was full of life and would do anything for anybody. So many people thought the world of him and he was very well known through the football team.

“You could always hear him coming as he shouted greetings to you and other people around the town.”

Facebook’s Llangollen & District Noticeboard has been alive with tributes to Wyn since news of his passing became known. Up until 8pm tonight over 350 comments had been left, and here’s what some of them said:

“Oh no, bless you Wyn, the whole of Llan will be devastated to hear this, you really did touch the hearts of so many people, a true legend! You will always be remembered. R.I.P. you sweet sweet man.”

“RIP Wyn. Such a lovely man. One of a kind. Will be missed by everyone xx.”

“We all loved Wyn and will miss him - his kindness, friendship, his character and love.”

“RIP Wynn, a true character of Llan and a wonderful and kind man x”

“God bless you Wyn, it has been a pleasure to have known you and many laughs with you. People of Llangollen will never forget you.”

“Omg no not Wyn, always happy, time to speak to everyone, never saw anyone struggling with shopping, always ready to help, RIP sweet man, you will be missed.”

“RIP Wyn, such a massive loss to the town.”

“A legend of Llan gone. Will miss his cheery smile.”

“R.I.P Wyn a much loved character of the town who will never be forgotten.”

“Such a lovely man, loved chatting to him about my mum and dad.”

It is understood that his funeral will take place early next month.

Posted by llanblogger at 8:48 PM