Betty Lowe's funeral date is given 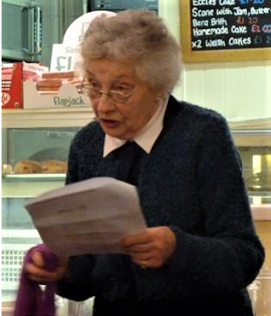 The funeral of well-known Llangollen resident Betty Lowe, who died recently just days short of her 97th birthday, will take place at Llantisilio Church at 12.30pm on Friday, December 3.

Betty Veronica Lowe was born in Acrefair on November 17, 1924, daughter of William and Gwendolen Lowe.

Her Llangollen roots go back a long way. Her great grandfather, Edward Roberts, landlord of the Grapes, was one of the early mill owners of Llangollen who established Upper Dee Mill.

One grandfather, Evan Evans, designed the King’s bridge at Berwyn.

On leaving school she attended a Housekeepers Course at the FL Calder College of Domestic Science, Myrtle Street, Liverpool. But she was also a gold medallist of the London Academy of Music and Drama During the war, she was heavily involved with caring for her mother at their home, Holmwood, at Berwyn.

As well as looking after her mother, she taught drama at Llantysilio for Miss Grace Lloyd Williams and also taught drama and elocution at several schools, including Howells, Denbigh, during the 1970s.

As well as being a founder member of the Llangollen Twenty Club, she was involved with Llantysilio WI, a member of the Eisteddfod floral committee for many years, Hanes, and was made Life President of Llangollen Civic Society, having been chair some time.

Betty passed away just as the dramatic society she helped to pioneer celebrated its 75th anniversary with a smash-hit production of French-themed TV comedy 'Allo 'Allo.

Her funeral comes a day after that of another well-known Llangollen resident, Wyn "Paraffin" Hughes, which is at St Collen's at 12 noon on Thursday, December 2.