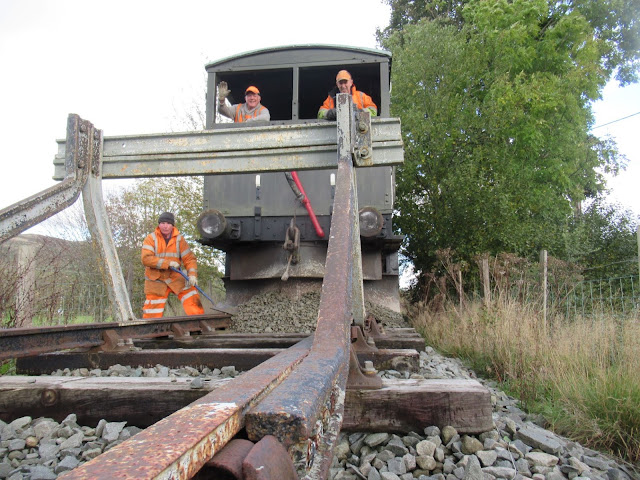 * The engineers Shark van is used to spread the ballast stone on the track. 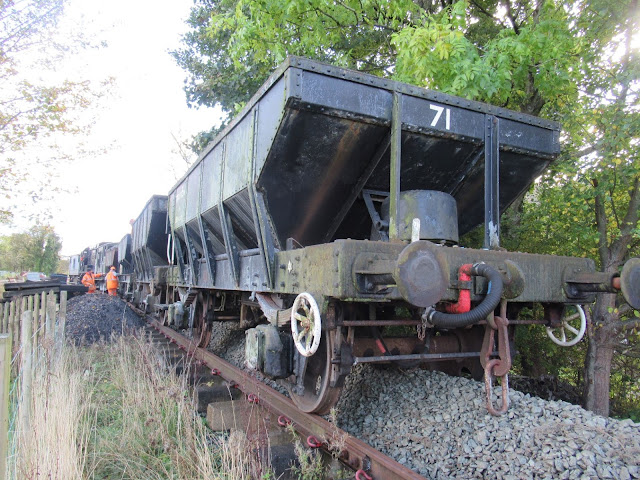 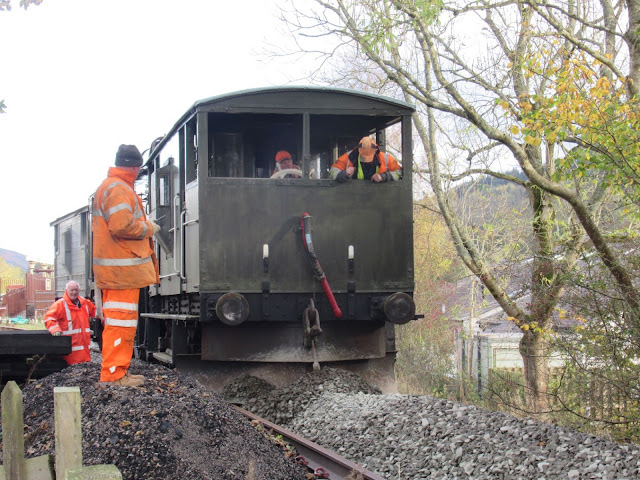 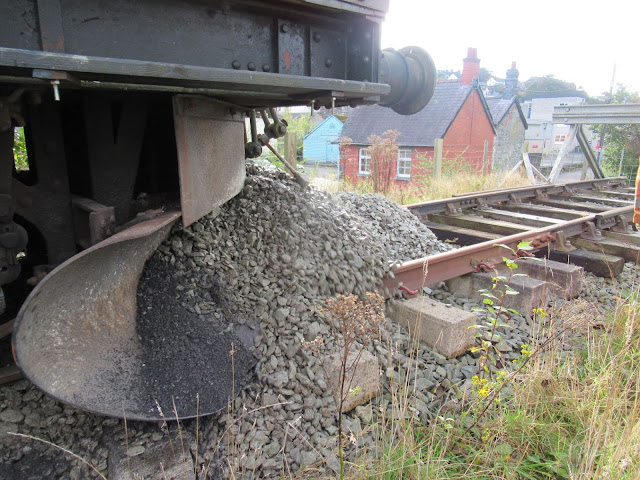 Yesterday (Thursday) saw another significant step in the project to extend Llangollen Railway all the way to Corwen.

Further ballasting was carried out through the new station area to reach the end of the line at the buffer stops above Green Lane.

The hopper wagons went through the west end points to drop stone in what is called a headshunt section and later the ballast plough on the engineer's Shark van was used to spread the stone.

The Shark became the first rail vehicle to reach the buffer stop as shown in selection of photos taken by George Jones, the railway's publicity officer.

He said: "This is not the end of the ballasting operation, but it is a significant step in the Corwen project which will lead to the tamper being brought into pack and align the track within the station."