Railway now in healthy financial state, board told at AGM 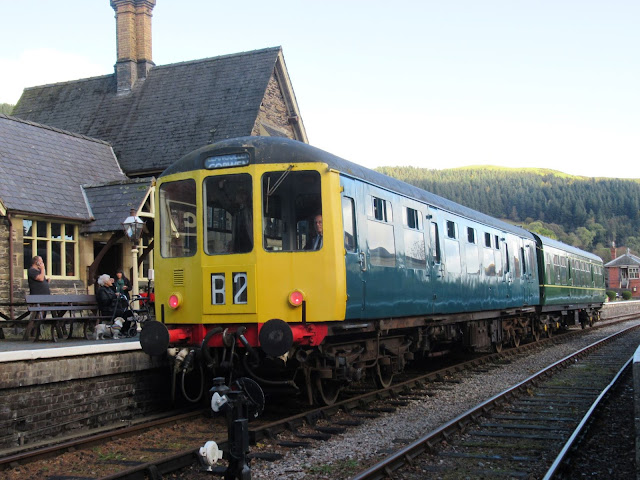 The new trust board of Llangollen Railway has issued a statement about their annual general meeting which was held yesterday (Tuesday).

This was the first AGM since the PLC trading arm was placed into administration, and therefore the first opportunity for the membership as a whole to discuss the outcome and quiz the new board in a lively Q&A session afterwards.

The main message was that the trust is now in a healthy financial state.

The statement says: "The 31st December 2020 accounts were presented. These show a small loss of £7,252 after write-offs of £220,000, mostly in connection with the PLC trading arm now in administration.  No further write-offs in that respect will be required.

"The Trust is in a healthy financial state with a positive bank balance, no debt and minimal creditors.

"Phil Freeth, finance director, reported the up-to-date position showed the bank balance had increased significantly since thanks to a mixture of generous donations from supporters and the general public, grants, delays in rehiring staff, operating fewer steam trains, relying on DMU (Diesel Multiple Units) and diesel for midweek operations in particular, and passenger loadings had been about 10% above forecast.

“'We would like to take the opportunity to again thank all our supporters and members of the public who have made generous donations and visited the railway since we reopened in July,'” said Phil.  We also wish to thank again the Welsh Assembly Government and Denbighshire County Council for their support, and the media without whose generous coverage and supportive stance our plight would not have reached so wide an audience.'

"The board was also able to announce that approximately £200,000 had been approved under South Clwyd’s Levelling Up fund application towards the cost of the canopy at Corwen.

"Richard Dixon-Gough, project manager for the Corwen Station development, was delighted to say, 'This is the final piece in what has been a massive jigsaw. There are still a number of critical steps required before the station can open, and dozens of non-critical tasks to be done before the job can be considered complete.'

"To much applause, Richard thanked his team of volunteers, average age 68, who have progressed the works in all weathers over the last 8 years, having overcome numerous challenges along the way.

"Tom Taylor, an adviser to the board on organisational structure, governance and planning matters, gave an update on progress of his One Railway initiative. Although only in its very early stages, Tom has received over 70 responses so far to the online consultation survey and conducted numerous 1-1 interviews.

"Feedback has been mixed but as Tom said, 'There’s no such thing as bad feedback. It’s only by reaching as many members as possible and capturing their views that we will be able to shape the organisation for the future, and put it on a sound footing that is fit for purpose.'"

The statement comes with a picture of one of the engines which has become the backbone of its renewed operations.

Railway publicity officer George Jones explained: "By way of illustration, and in acknowledgement of the major part played in the 2021 season's operation, the photo shows the diesel railcar two-car set at Carrog station.

"Operated by the volunteers of the Llangollen Railcars Group, their fleet of heritage diesel units have provided the bulk of the train services on the line when steam has been in short supply.

"By their last day of service in 2021 on Sunday November 7 they will have operated on 85 days and carried over 23,000 passengers in the course of running 3500 miles on the Llangollen line since services resumed to Berwyn on July 9.

"Their appeal to the modern generation of visitors is as trains on which they perhaps went to school or to work 40-50 years ago.

"Visitors riding these trains appreciate the viewing opportunities from the all round windows when taking in the Dee Valley scenery and observing the driver and the operation of the railway. All such interesting opportunities are denied in the modern units now employed on Network Rail, so they are pure nostalgia for some."