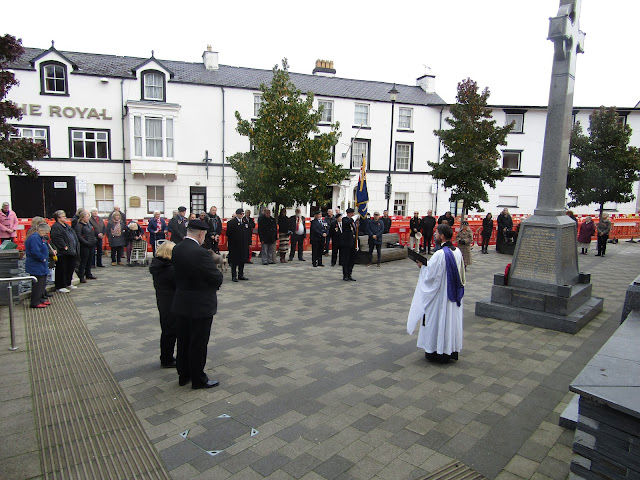 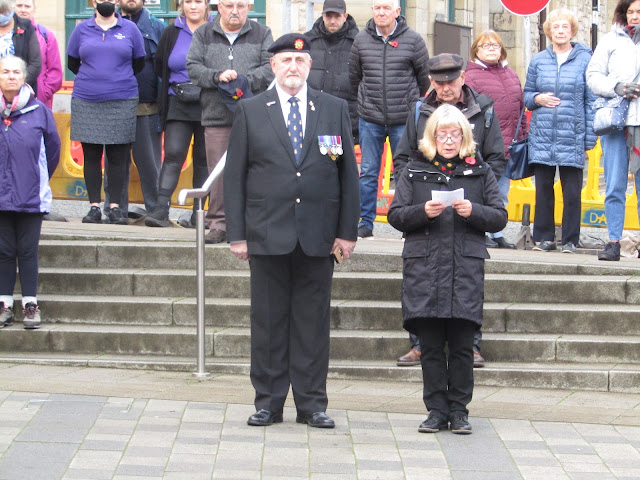 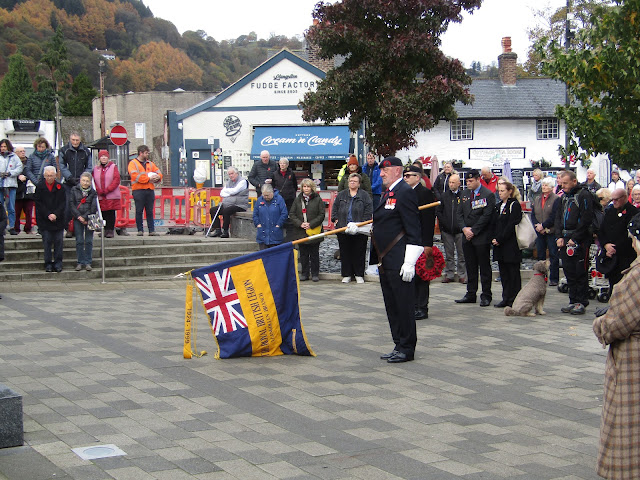 * The legion standard is lowered during the service.

Llangollen branch of the Royal British Legion held a short Act of Remembrance at the War Memorial in Centenary Square this morning (Thursday), the 103rd anniversary of the actual Armistice Day.

This marks the end of the First World War at 11am on November 11, 1918 when the guns fell silent on the Western Front.

The service was led by the Vicar of Llangollen, Father Lee Taylor.

The traditional two minutes' silence was observed and former Llangollen Deputy Mayor, Issy Richards, read the Exhortation and Kohima Prayer in Welsh while Phil Stroud, chair of the local branch of the legion, read them in English.

As usual the parade will muster on Market Street at 10.30am and the Service of Remembrance will start at 10.55am at the War Memorial. Arrangements will be as in previous years.