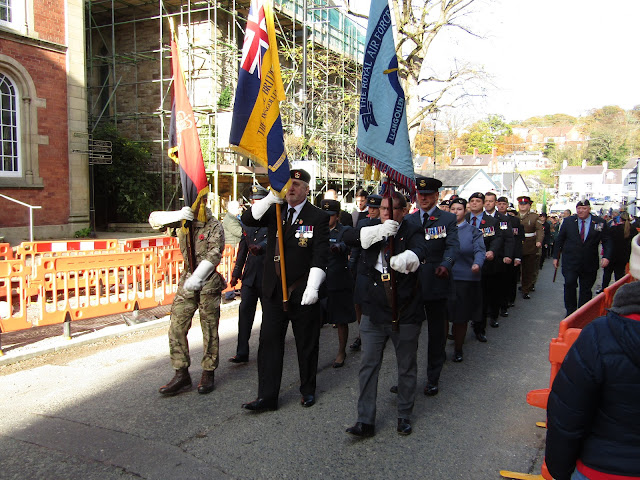 * The parade heads off along Castle Street.

The annual Remembrance Day service in Llangollen was cut short this morning by a medical emergency.

Around halfway through the traditional ceremony to remember the fallen of two world wars and other conflicts in Centenary Square an elderly man in the crowd became ill.

He was immediately attended to by a number of medically trained personnel, from the emergency services and elsewhere, who were amongst the large crowd of onlookers. An ambulance was also called.

After being given some first-class attention he was able to sit up and appeared to be making a recovery.

The ceremony halted for a few minutes and as the man was receiving treatment the parade marshal announced that in view of what had happened the decision had been taken to cut short the service, with some hymns being left out.

The ceremony, which included the traditional two minutes' silence, the laying of wreaths and music by Llangollen Silver Band, ended with a parade of various organisations through the town centre. 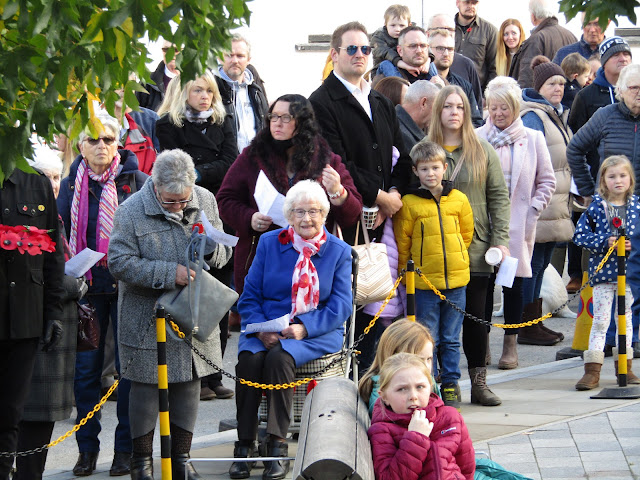 * A large crowd gathers for the service in Centenary Square. 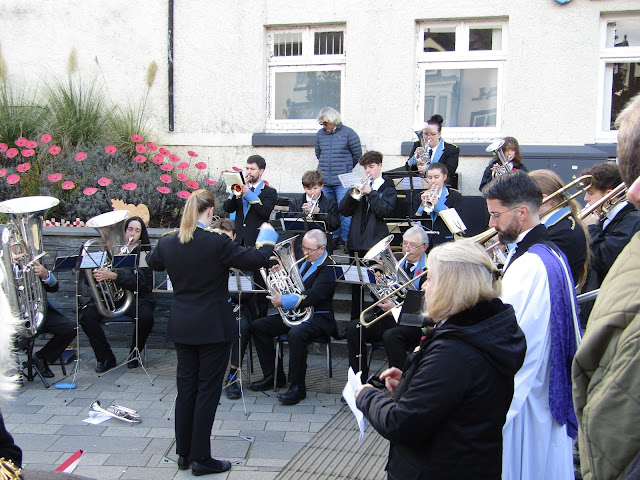 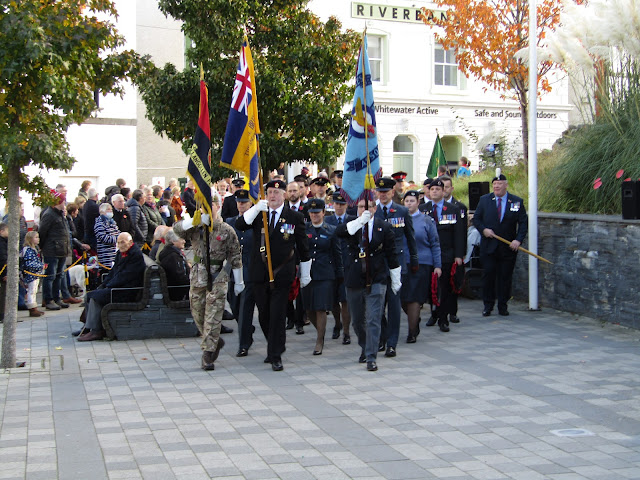 * The parade arrives in the square. 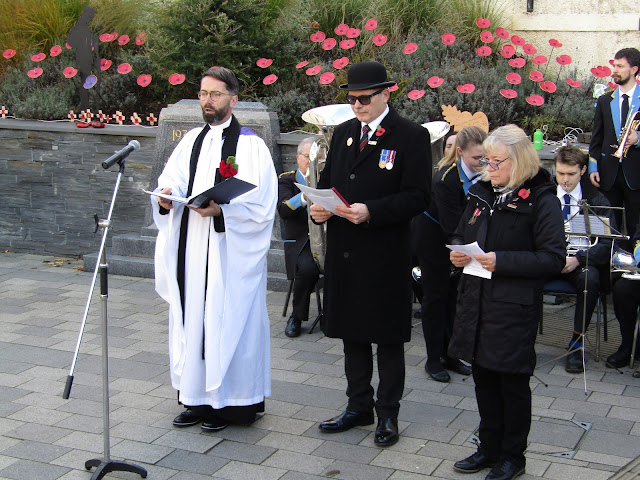 * The service begins, led by the Vicar of Llangollen, Father Lee Taylor. 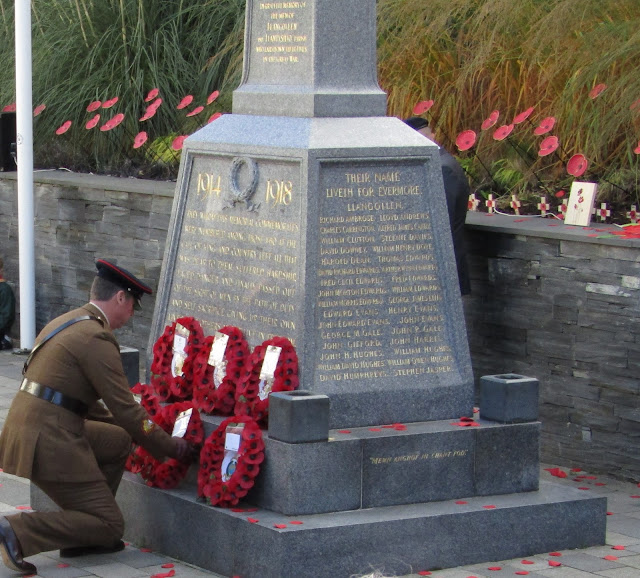 * A wreath is laid on behalf of the army by Warrant Officer Chris Lingard. 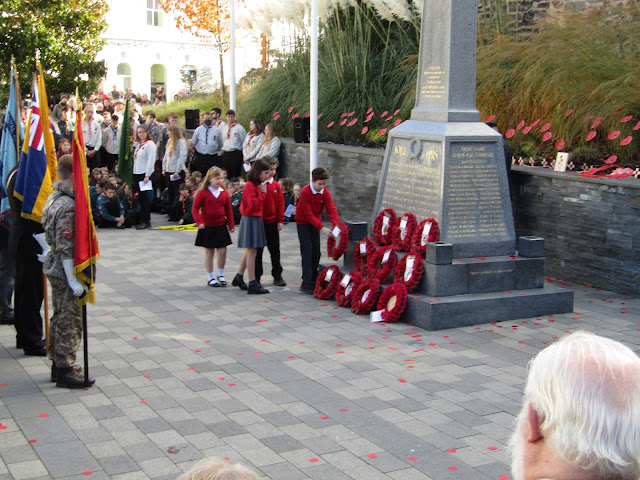 * A wreath is laid by local schoolchildren. 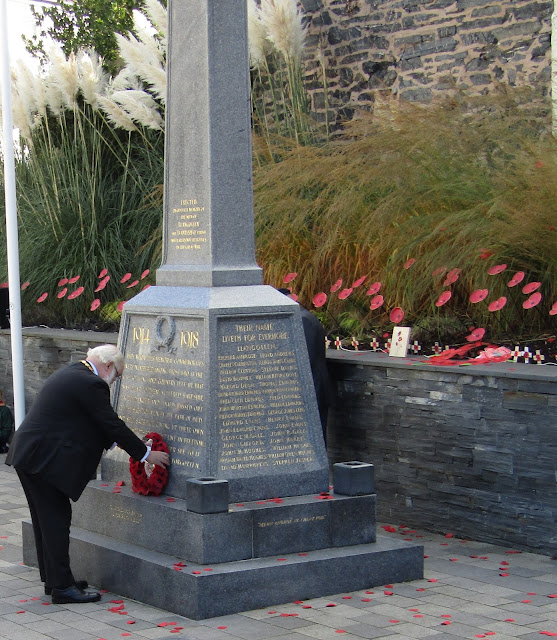 * The mayor, Cllr Austin Cheminais, lays a wreath on behalf of the town council.
Posted by llanblogger at 12:10 PM