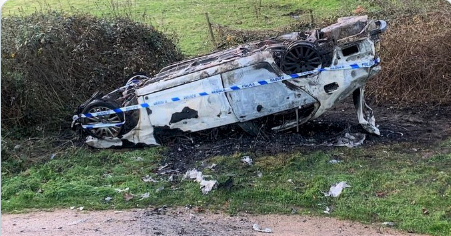 The Shropshire Star has reported that the charred wreck of a car was left next to the first tee at the Vale of Llangollen Golf Club last Friday.

The story says that one fire engine from the Llangollen station was scrambled to the blaze at 3.04am.

A spokesman for North Wales Fire and Rescue Service said that the fire is thought to have been started deliberately.

The car was said to have suffered 100 percent fire damage and remained overturned and next to the first tee with police tape around it several hours later.

“One crew from Llangollen attended and used one hose-reel jet to extinguish the fire,” the fire service spokesman said.