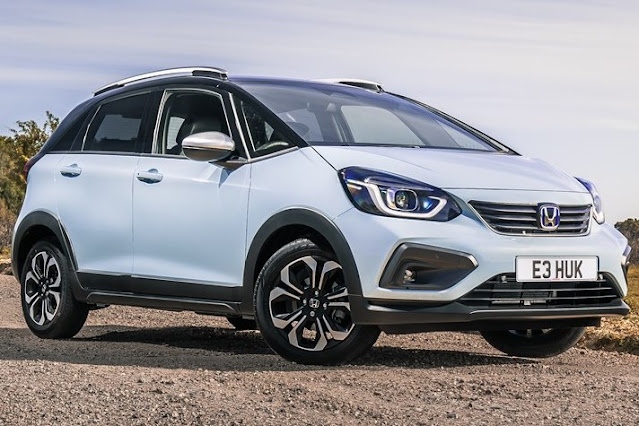 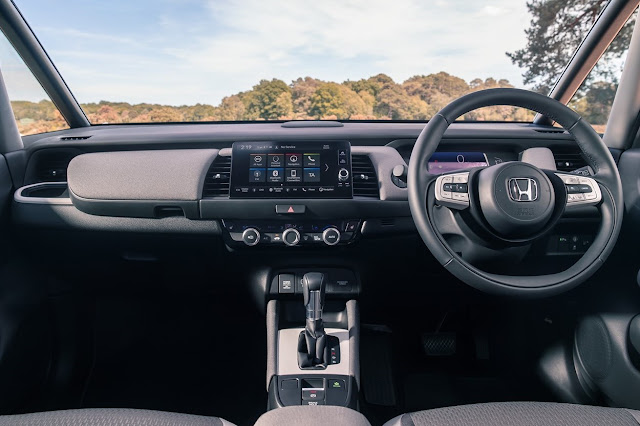 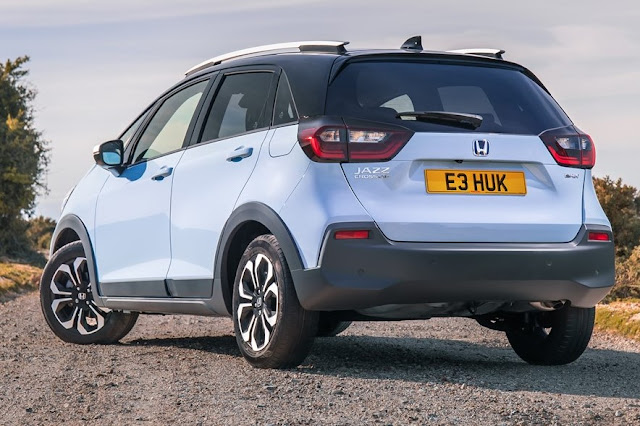 As a supermini the Jazz made its mark as a super practical, super versatile small hatchback.

Practical because it beat everyone on space, versatile because of its clever back seats which flip up, just like in the flicks, leaving enough room to walk through or carry something awkward. Strange that no one  has copied that brilliantly simple idea.

But we wanted more, envious of the new breed of high riding, roomy SUVs taking over from the family hatchback and the car companies duly obliged. Well the majority did, but not Honda ... until now.

Better late to the party than not turning up at all so bring on the Jazz Crosstar. Can it cut a dash like it did two decades ago? Time to find out.

The curious thing about Jazz is that was never a conventional baby hatch in the same vein as Ford Fiesta or Vauxhall Corsa, in fact the tall boxy body made it more of a trailblazer back in 2001 when the name crossover didn't even exist.

So the Crosstar's only significant difference over Jazz is a 30mm increase in ride height, roof rails and off road style body armour, not that Crosstar is designed to go off the straight and narrow.

Nevertheless it still has a cabin the size of a tardis with bags of room for four tall adults and a substantial boot although it holds six litres less than the 'smaller' Jazz. How weird is that?

That said the black plastic facings around the wheel arches, black side sills, roof rails and black roof add a bit of pizzazz to a shape that is not everyone's cup of tea. The slight downside is that those extra bits push up emissions and put a small dent in fuel efficiency not that that's anything to worry about as you will find out later on.

The first thing to notice with the new shape is the large glass area around the front of the car. Vision from behind the wheel is as good as it gets thanks to a huge windscreen and wafer thin front pillars which house what we used to call a quarter light but this is obviously now fixed glass. Between that and the raised driving position provides for a panoramic view that has no equal.

The modern dashboard looks good with a nine inch touchscreen housing all manner information and superbly clear heating controls with chunky tactile buttons. There is an upmarket feel to the soft touch trim and I particularly like the fabric facings on the dash and doors. And check out the 8-speaker stereo, you could be in a concert hall with this sound.

I have been waiting for Honda to get to grips with the Jazz's suspension and although it has improved down the years there is still work to do to match the best of its rivals. Even though the longer suspension travel makes for a slightly softer ride on Crosstar you still feel a severe thud hitting potholes and the like.

No complaints about performance thanks to the one and only 1.5 litre self charging hybrid engine. It is a new powertrain with two electric motors and is both quick off the mark and a smooth cruiser through the automatic CVT gearbox. There is not an awful lot of electric only driving but the system is clever enough to pick the right times which is generally in low speed urban conditions.

Which brings us to economy. This is a real strong point and while Crosstar is around 4mpg down on Jazz (blame the extra body bits) we easily beat the official figure of 58.9 hovering in the low sixties most of the week.

Jazz has always been an expensive car partly down to generous equipment right across the range along with an enviable safety package that now includes lane assist, automatic emergency braking, blind spot and cross traffic alert.

Crosstar pushes the price up even more but it is packed with goodies like heated seats and steering wheel, navigation, Apple Carplay and Mirrorlink connections, keyless entry and waterproof fabric seats. They could come in useful I suppose.

Whether it is worth the extra for Crosstar's body bling and increased ride height is down to personal choice but you are not gaining a great deal over the standard Jazz.

It's a pleasant car to drive, not as much fun as a Ford Puma or as comfortable as a Citroen C3 Aircross but the majority probably wouldn't notice, or even care.