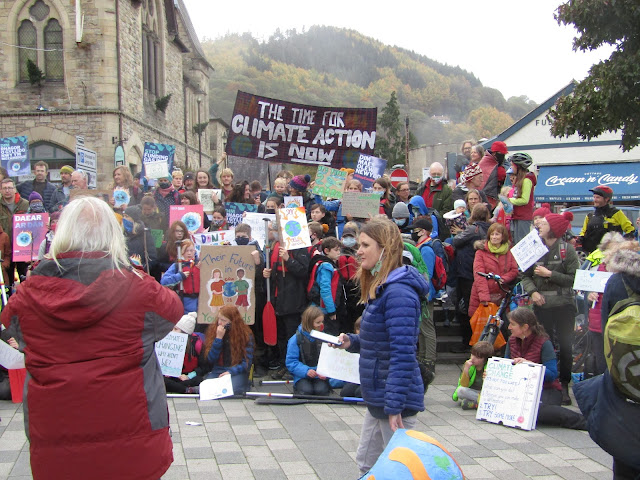 * Above and below: campaigners on the steps of the square. 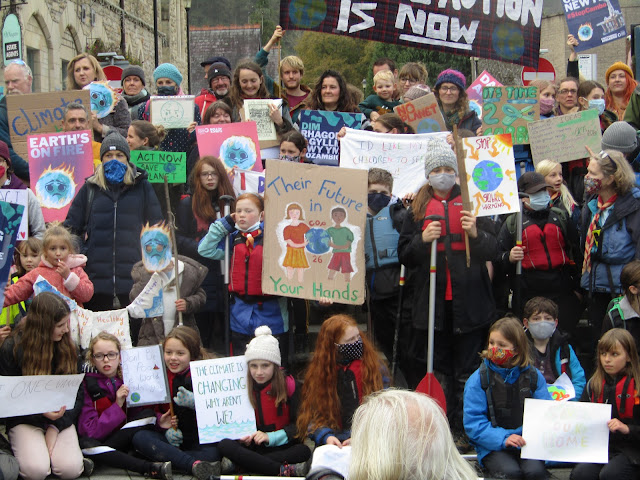 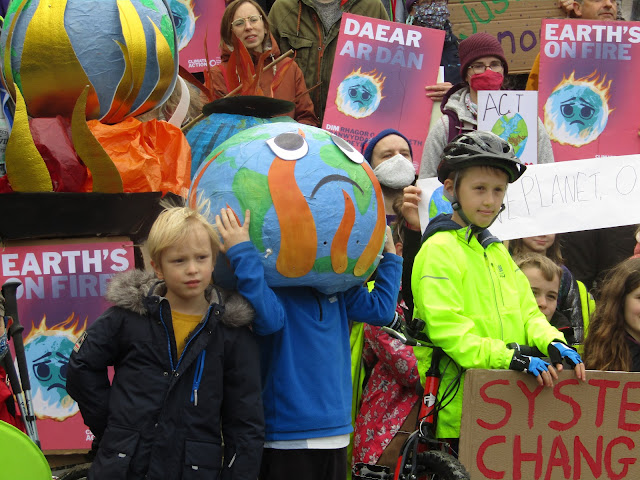 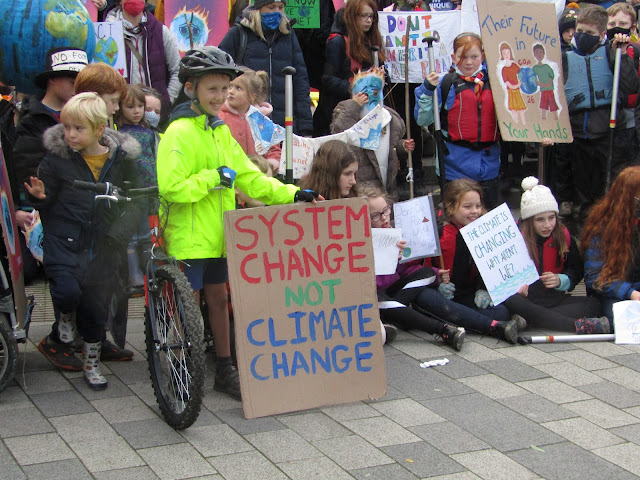 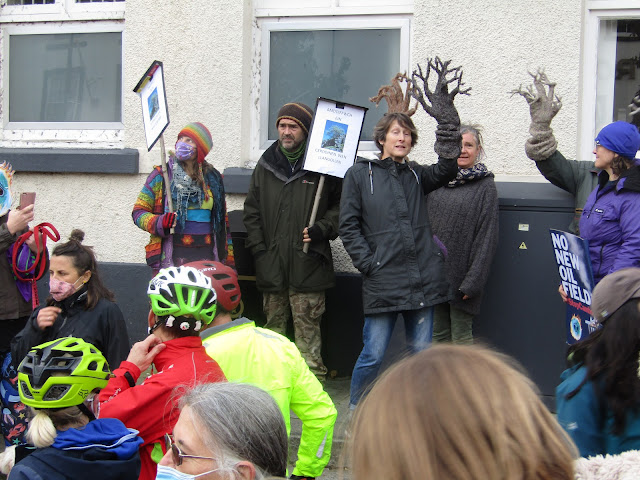 * The powerful symbol of a tree was on show. 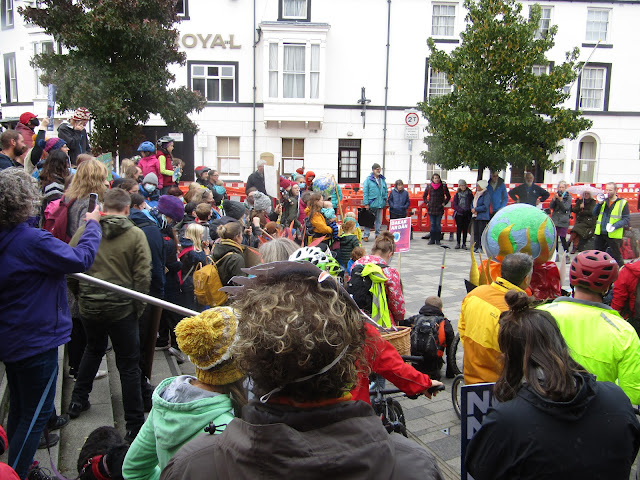 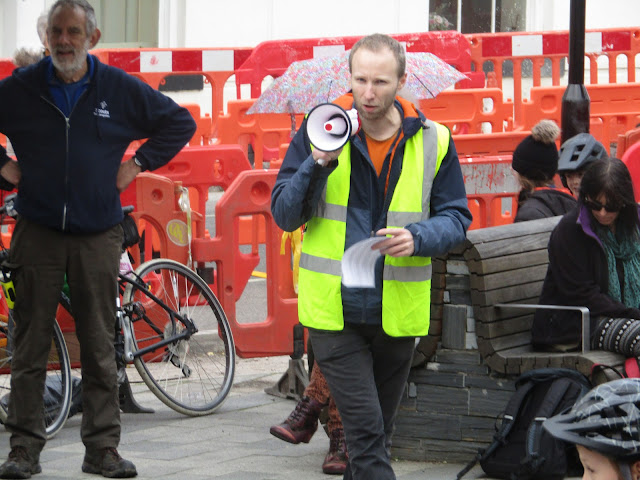 * Above and below: Llangollen FoE co-ordinator Warren Davies addresses the crowd.
As part of a global day of action for climate justice hundreds of campaigners and supporters gathered in Centenary Square this afternoon to call on the UK Government to end its support for fossil fuels.

The demonstration, timed for the COP26 climate change conference in Glasgow chaired by the government, was arranged by Llangollen Friends of the Earth (FoE) and included families and children along with walkers, cyclists and kayakers.

With the message “Earth’s on Fire” the campaigners highlighted what they allege is the government’s “hypocrisy” in claiming to be a world leader on climate whilst continuing to support fossil fuels here and abroad.

Friends of the Earth says the government is currently supporting a new oil field off Shetland, investment in new oil in Mozambique  - fuelling conflict in the region - and supporting a new coal mine in Cumbria.

The organisation is calling on the government to drop their support for these projects and to concentrate on securing a future for young people.

To chants from the crowd of "climate action now!" Warren Davies, Llangollen FoE group co-ordinator, said: “We’re asking people to write to their MP to express their concerns about government support for fossil fuel projects, to share their concerns about climate change and to call for action.

“We all want less waste, we all want a healthier society and we all want to protect future generations. By taking climate action we can achieve these things, but the effort must be felt by all of society, that is in the UK and globally.

“A YouGov survey found 67% of voters felt that the UK should strive to be a global leader on climate change.

“People have done all they can individually, they’ve reduced their energy use, they always recycle. But we’re at a brick wall. To get further we need the government to lead and enable people to reduce their emissions.

He added: “In recent years we have experienced unprecedented flooding and drought cycles. We’ve had flooding on the lower Dee and upland fires on Llantysilio Mountain.

“During these times the local population has pulled together, supporting local firefighters. But as these weather patterns get worse and more frequent, we will be spending more and more of our efforts sorting them out. Of course climate change is a global issue, and so every community will face similar or worse challenges.

“Unique features of the valley including the beautiful Llangollen Whitebeam tree are also under threat. This is unique to the area and is struggling to survive as a species. Climate change will only make its fate more precarious.

“Our government, as hosts of the UN climate talks, must take this opportunity to take decisive action.”

Posted by llanblogger at 2:47 PM