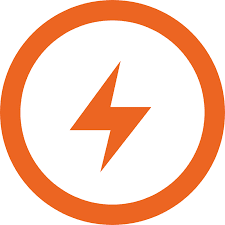 The woman who helped get Llangollen through the pandemic has swung into action to give assistance with the power cut caused by Storm Arwen.

With mobile phone lines down to make things even more difficult, Cat Mead has this afternoon been on Facebook to put out a plea to help elderly people in the area left without electricity.

The Daily Post said earlier in a story about the after-effects of the storm that a number of properties and locations have been left without power and in some instances, electricity isn't expected to be restored until 8pm tomorrow evening, according to reports.

A notice on Scottish Power's website said that the firm were struggling with a high volume of outage reports - with parts in the east of the region particularly hard hit.

A spokesman told the Daily Post said that around 28,000 customers across England and Wales were without power with outages mainly affecting the Dee Valley, mid and North Wales as well as Oswestry.

Cat Mead posted earlier: "HELP NEEDED URGENTLY. We have lots of elderly residents without Electric, no heat, no lights or hot water...

"Please check on your elderly neighbours, as phone lines are down too! Could anyone that can help support with the following - battery operated lights/torches with working batteries, Flasks/tea Urn etc..
"I have power at the min so can fill and take to residents, If you can help please msg me asap."
A little later, she posted: "Hot drinks sorted! Really need torches and battery operated lights if anyone can help."
Another local person commented: "Latest message from electric company is they are hoping to have everyone back on by 12pm 28th November. They will stagger the reconnection. The power cut is affecting large areas of North Wales, Shropshire and across to parts of the Wirral."
Later, Cat updated by posting:
"BIG THANK YOU to everyone that quickly jumped into help, Scout Hut have given lots of battery lights, residents rally to donate torches, Paula Lingard is again being main contact and touching base with the residents in apartments on Abbey Rd, others filling hot water bottles and George's Cafe Llangollen straight to the rescue (he really is a great human)
Cath Cambrian House Llangollen
AS ALWAYS LLAN HELPS ITS OWN "
Posted by llanblogger at 5:51 PM