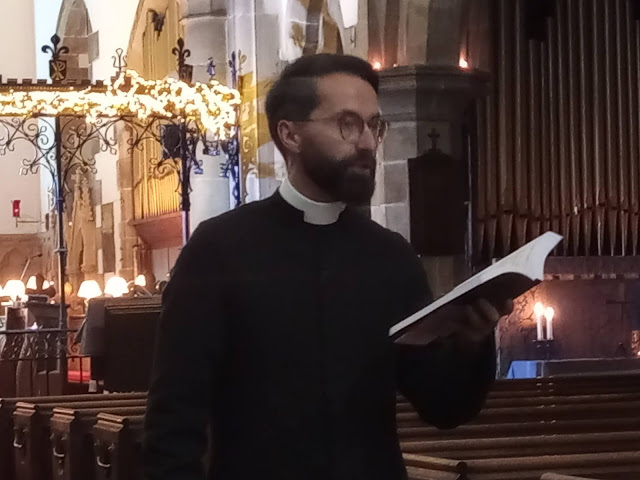 * Father Lee speaks of the original meaning of Halloween. 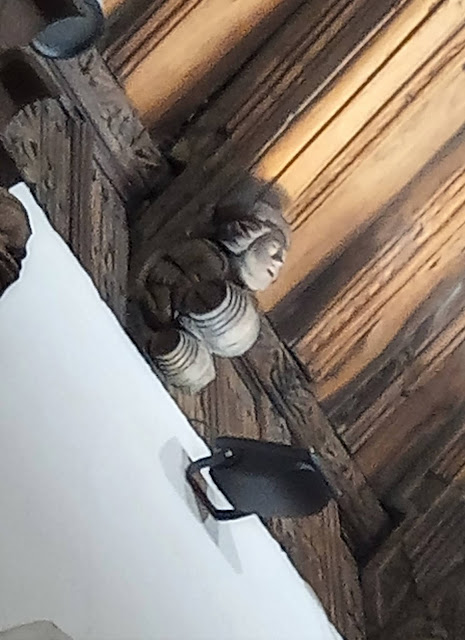 * The roof carving of a man with two barrels. 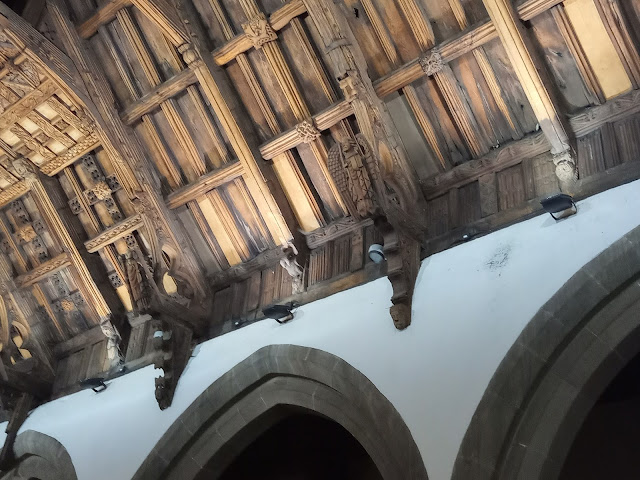 * A flight of angels carved into the roof. 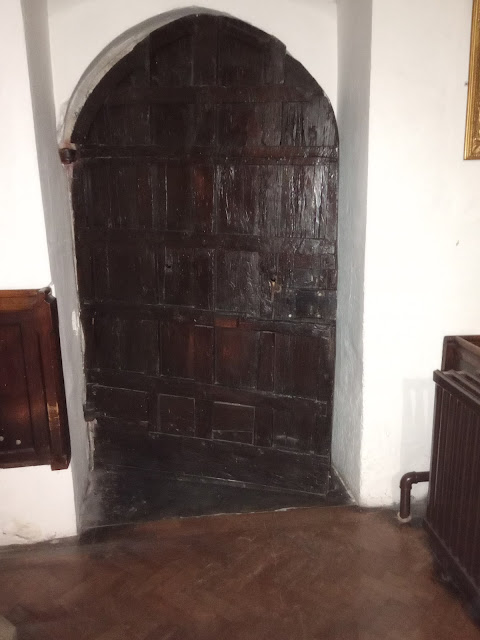 * The original main door to the church.

While the kids were outside trick-or-treating the vicar was inside St Collen's Church last night acquainting people with the original meeting of Halloween.

According to Father Lee Taylor, rather than the ghouls and ghosts of recent popular culture, the term actually refers to All Hallows Eve - traditionally the day before All Hallows on November 1 when, in the ancient church, the lives of the saints were celebrated.

Father Lee, against the background of a darkened church atmospherically lit with flickering candles and some haunting 16th century ecclesiastical music, gave a run down on a couple of the more colourful of these, including a certain St Simeon who was famous back in medieval times for attracting the attention of his congregation by throwing nuts at them.

The vicar's discourse on the saints was deftly interwoven with many interesting facts about his ancient Llangollen church the origins of which go back as far as the seventh century when it was founded by St Collen, the man whose name it bears and for whom the town which grew up around it is named.

Father Lee next drew attention to the church's magnificent roof whose breathtaking carvings date from 1450, his audience was informed.

One of the carved features he pointed out was that of a diminutive figure rolling out a couple of barrels, perhaps no surprise when one learns that in medieval times beer was so revered as a life giver and enhancer that it even had a special prayer of homage composed for it.

Opposite the tiny drayman the roof is adorned by a whole squadron of angels, every one of them crafted with incredible precision.

The vicar highlighted many more features of interest which mirror the church's evolution over the centuries, last and not least of which was the stout oaken door in the corner near the font which dates back to the 12th century and was once the original entrance to St Collen's.

It may also have been the portal via which those fleeing from the clutches of the law once sought the sanctuary of the church to which they were historically entitled. With the blessing of the vicar, of course.

It was a brilliantly informative evening and a most satisfying escape from the pumpkins and witches of October 31, 2021.