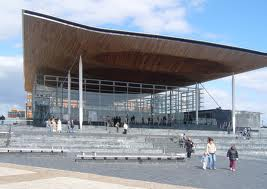 The Welsh Government is delivering growth and jobs at the toughest of times, Finance Minister Jane Hutt said yesterday as she announced almost £47m of extra capital funding to meet economic and infrastructure needs.
The Final Budget for 2013-14 includes an additional £30m for a second phase of the Economic Growth Fund and £16.7m for the use of public sector land for housing.
This brings the total additional capital investment in the Final Budget to £220m.
The Minister said: "When I published the Draft Budget I announced £175m of capital funding. Today we are building on this with a further £47m investment in Welsh businesses and housing.

"In our Budget we are delivering growth and jobs at the toughest of times and we are determined to maximise this support for the Welsh economy. We have demonstrated this commitment with additional capital investment totalling over £220m in this Budget for Growth and Jobs."

Business Minister Edwina Hart said: "The first phase of the Wales Economic Growth Fund was a great success in creating and safeguarding jobs across Wales. This year we allocated more than £30million to around 120 business projects across Wales, with the potential to create around 1800 new jobs and safeguard some 1600 others.

"The additional funding announced today will now allow us to relaunch the Fund to provide much-needed financial support to even more businesses around Wales to allow them to grow and expand at a time when traditional avenues of finance are not readily available."

Housing Minister Huw Lewis added: "Thanks to this extra funding around 1,800 new homes will be built across Wales. During construction of the houses a potential 300 jobs will be created, so this funding will not only result in new homes for individuals, couples and families but will also give the construction industry a much needed boost."

Jane Hutt has also written to UK Chief Secretary to the Treasury, Danny Alexander urging the UK Government to consider further action in the Autumn Statement to increase capital investment in 2013-14 and beyond.

The Finance Minister has pointed to the Welsh Government’s top ‘shovel-ready’ projects in line with Wales Infrastructure Investment Plan priorities, including:
Jane Hutt added: "I believe it is our duty and responsibility to provide an economic stimulus in our Budget for Growth and Jobs. I am therefore calling on the UK Government to take swift and decisive action to increase capital investment in projects that will create jobs quickly and make a lasting difference to our economy."
Posted by llanblogger at 8:29 AM