Fresh from their success with the iconic British comedy Fawlty Towers, Llangollen’s Twenty Club’s will next present the American classic, The Glass Menagerie.

This memory play is seen as the most touching, tender and painful of Tennessee Williams’ works and is the gripping portrayal of a post-depression family in crisis.

And the Twenty Club is now seeking people to take on a number of demanding roles, which are: 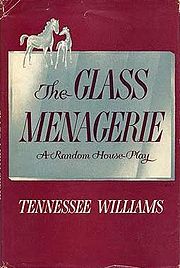 Tom, 21, the narrator and character of the play. He desires to become a writer and escape, but is tied down to his family because he has a sister with a physical defect and a mother whom is dependent on his income. The characters are trapped in a menagerie of Tom’s memories.

Laura, 23, is a painfully shy character of pure compassion. She has largely withdrawn herself from the outside world; her fragility resembles her glass menagerie which she so lovingly devotes herself to. A childhood illness has left her crippled, one leg slightly shorter than the other and kept in a brace.

Amanda, in her 40s and Laura and Tom’s mother, she is a woman who is frantically clinging on to memories of a vanished and genteel past. She is admirable, charming and laughable.

Jim, 23, an old acquaintance of Tom and who works with him at the warehouse selling shoes, he is the potential suitor for Laura and plays an important role in the climax of the play.

Open auditions for the play will be held on December 4, at 7.30pm in the Council Chamber, Llangollen. Readings will be done from material provided.

The Glass Menagerie is scheduled to be performed on March 7, 8 and 9 next year in the Town Hall, Llangollen.