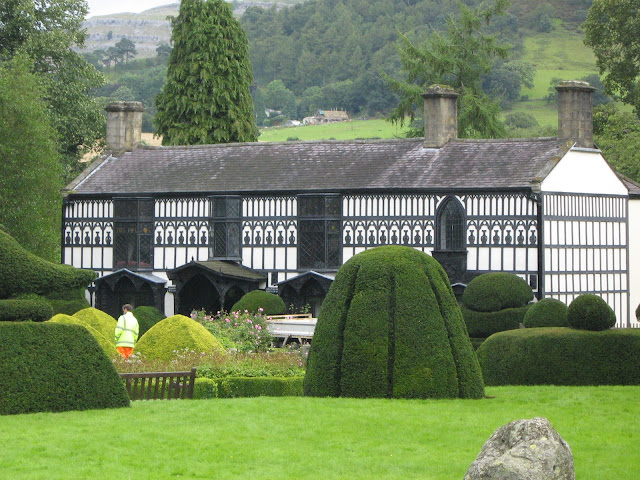 
Plas Newydd, Llangollen’s own stately home, is now being marketed as a tourist attraction as well as a museum.
That was the message from a top county council official who gave a presentation to the town council on fresh efforts to promote the iconic mansion at their meeting on Tuesday night.
Brian Edwards, Denbighshire’s environment group services manager, said when his department took over responsibility for running Plas Newydd about a year ago it had been decided to increase visitor footfall there.
He explained: “The emphasis had been on the museum side rather than the attraction side.
“We have appointed a commercial manager and we have been looking at new ways of operating Plas Newydd and increasing visitor numbers.”
Improvements made so far, he said, included bringing the running of the on-site café in house and appointing a Llangollen resident to oversee it.
In the grounds, maintenance was now being done as and when necessary by bringing in county council staff rather than having a resident team.
Three groups of volunteers had also been brought in to help with grounds maintenance.
A new management plan was in place for the house itself, which aims to engage more closely with the local community.
Plans were also in hand, said Mr Edwards, to encourage local groups to make more use of the Y Caban building in the grounds, where exhibitions have been held.
As part of the new marketing strategy, a number of events had been staged at Plas Newydd, including a dog show and a car rally, and more were planned for next year.
Mr Edwards said experts from Bodelwyddan Castle were advising on the protection of the museum collection at the house and delicate objects were now being taken to Ruthin for storage during the winter months and returned for exhibition in the summer.
Another possibility being looked at was the creation of an orchard or market garden in the grounds with produce being sold to the local community.
Cllr Phil Thane suggested there could be a gate between the grounds and the adjacent Brook Street children’s play area to allow easier access from the Pengwern estate side.
Mr Edwards said this was being looked into but health and safety concerns had to be borne in mind as a stream runs through the woodland area at the bottom of the grounds.
Cllr Mike Pugh said it was good to see that “such an important piece of Llangollen real estate” was being so well valued by the county council.
Posted by llanblogger at 8:37 AM