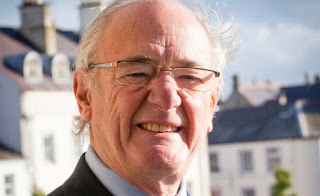 "The people of North Wales who voted yesterday have shown that they want an independent commissioner.
"We now need to ensure that this new role works effectively for the communities of North Wales.
"Turnout was low for these elections across the UK, but the voters have made a choice.
"What is important now is that we work together to ensure the best possible police service for North Wales.
"As your Police Commissioner I will act independently of any outside interference and I will not let politics get in the way of delivering the best possible police service.
"During my campaign, I promised to increase the visible presence of the police, to ensure security at home and safety on our streets, to work with the Chief Constable and officers to ensure the best police service.
"I promised to reach out and build partnerships inside and outside the criminal justice system and be accountable to you for every penny spent and every decision made.
"These are now my top priorities.
"During the coming weeks I will set out how the office of Police and Crime Commissioner will work and how we will reach out and to communities across North Wales.
"I will meet the Chief Constable at the earliest opportunity and start working with him and his officers.
"I would like to express my sincere thanks to all those who supported my campaign and who voted for me."
Posted by llanblogger at 5:49 PM