AM calls for more backing for ex-service personnel 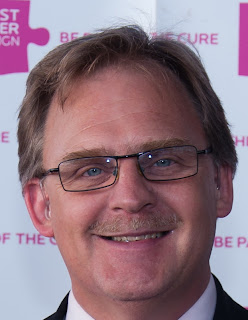 North Wales Assembly Member Mark Isherwood (pictured right) has paid tribute to the sacrifice and commitment of those who have served in our Armed Forces and called on the Welsh Government to give consideration to the creation of a residential centre for ex-service personnel.
Leading an Opposition debate in the Assembly, Mr Isherwood, who is Shadow Minister for Communities, called for further support for veterans suffering with post-traumatic stress disorder (PTSD), including the potential for a Welsh residential centre.
He said: “A 2012 Healthcare Inspectorate Wales Report Healthcare and the Armed Forces Community in Wales recommends that the Welsh Government should consider the utility of establishing a form of residential facility within Wales.
“The report states that many members of the Armed Forces community commented on the desirability of having a residential centre for veterans in Wales as something you can see, touch and feel and of real psychological benefit.”
Mr Isherwood, who has long been calling for better treatment for those with PTSD, added: “Amongst combat veterans there is a common pattern of Complex PTSD with attempted symptom suppression by alcohol and/or drug abuse, a downward spiral of employment difficulties, relationship problems, confrontation with the law, and even suicide.
“A report from the Howard League for Penal Reform entitled Leave No Veteran Behind asked why so many veterans find themselves caught in the criminal justice system, stating that it is vital that the complex needs of armed forces personnel are adequately addressed and that we do everything that we can to help those who serve their country to adjust to civilian life.
“Welsh Guardsman Lance Sergeant Dan Collins tragically and unnecessarily took his own life on New Year’s Day. He was desperately seeking help for his post traumatic stress, firstly through the MoD's medical assessment programme and afterwards being referred to an NHS mental health ward, where he spent 4 weeks without being treated with anything other than various medication.”
Mr Isherwood also emphasised the role that the third sector can play in the delivery of coordinated services to ex-service personnel - backed by proven results and delivered in partnership with Health Boards - and spoke of the importance of protecting war memorials as an essential part of Welsh heritage and a focal point for remembrance.
Posted by llanblogger at 9:29 AM