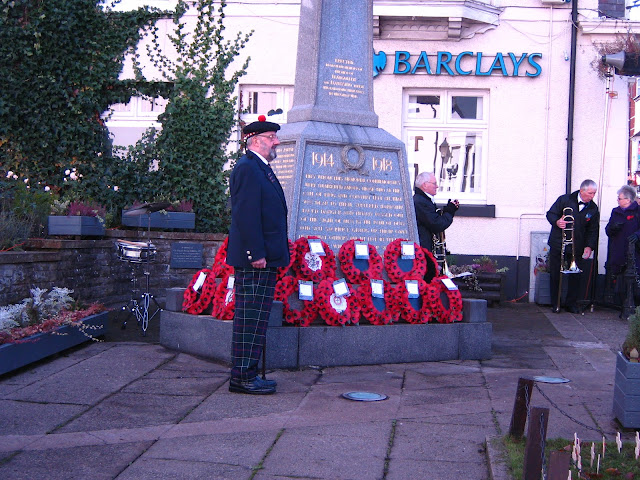 * A veteran stands before the Castle Street war memorial. 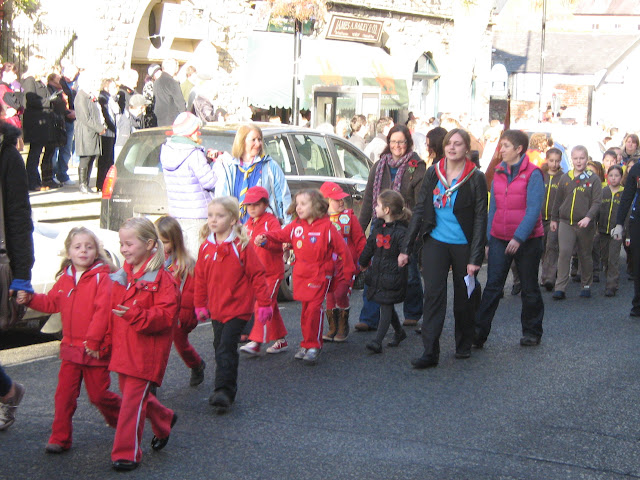 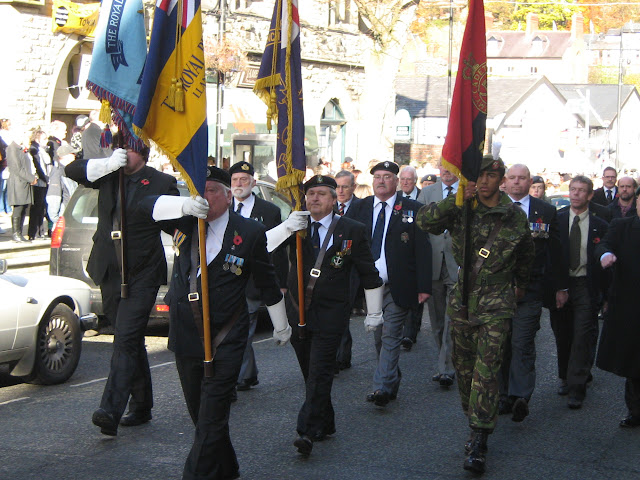 *Veterans and army cadets march through the town centre after the ceremony. 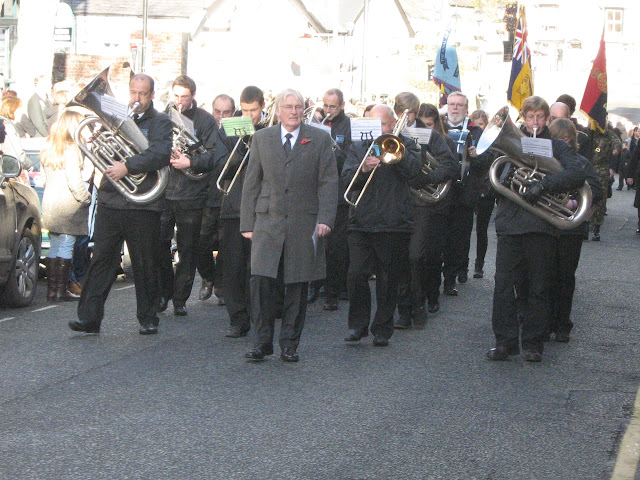 * The Rev Andrew Sully leads the service of remembrance at the war memorial. 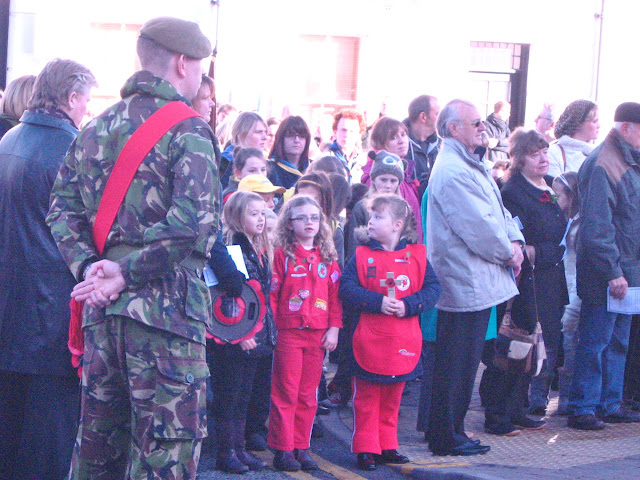 * The service attracted many young people. 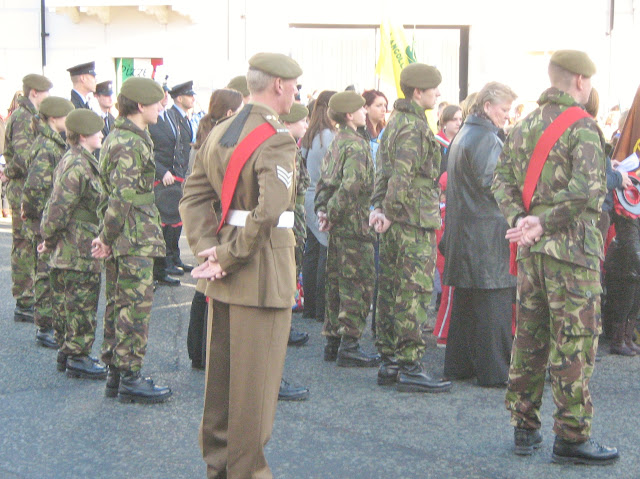 * Army cadets parade before the service.


LLANGOLLEN came to a standstill this morning (Sunday) as hundreds of people packed the town centre to remember the war dead.
Roads leading into Castle Street were closed off  by police to allow the traditional parade and ceremony around the war memorial to go ahead.
Llangollen Silver Band began the proceedings by leading a procession of army cadets and veterans’ organisations to the memorial where they assembled, standards proudly fluttering.
The service of remembrance then began, led by the Rev Andrew Sully of  St Collen’s parish church.
After opening prayers, the sounding of The Last Post heralded the observance of the two minutes silence.
Following the exhortation, a large number of local organisations were called to lay poppy wreaths at the base of the memorial and nearby plaque commemorating the fallen of two world wars and other conflicts.
As the wreath-layers came forward the names of the dead were solemnly read out.
Following the singing of the hymn O God Our Help in Ages Past, prayers and the blessing by the Rev Sully, Reveille was sounded by a bugler to conclude the service.
Local organisations then marched in a parade, again led by the silver band, around the town centre to the applause of the large poppy-wearing crowd.
A further service was held shortly afterwards in St Collen’s Church.
Posted by llanblogger at 12:31 PM