Llangollen Town Council has been asked to help stimulate local support for next year’s National Eisteddfod.


Two representatives from the eisteddfod attended the council meeting on Tuesday night to give members a presentation on the festival, which will take place in Denbigh for the first time since 2001, between August 3 and 10 at Kilford Farm.
It was explained that a network of local support committees have been set up across Denbighshire to raise cash towards the total of £3.4 million needed to stage the event. 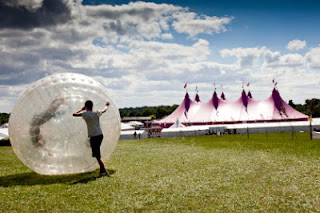 While quite a number of areas are proving successful in their money-spinning efforts, others have raised nothing and do not even have a support group – among them Llangollen.
And councillors were asked to consider helping to drum up support.
Nick Parry, who chairs the eisteddfod’s finance committee, said: “At the moment Llangollen has been left out of supporting what is Wales’ leading festival, which attracts 160,000 over the course of one week.
“The event will cost £3.4 million next year and Denbighshire has been set a fundraising target of £300,000.
“We have already crossed the £200,000 mark but Llangollen is one of three or four areas with no activity.
“Its target was £6,000 – and Rhyl’s was £13,000 – but both are still untouched with 90 per cent of the other committees up and running.”
He added: “The message has to be that in other areas of the county the eisteddfod has generated community activity, brought local societies together and awakened dormant societies.
“There has also been an important boost where town councils have been a contribution.”
Arwyn Roberts, the eisteddfod’s deputy organiser, said the festival provided the opportunity to welcome thousands of visitors, attracted TV and radio coverage and had been estimated to bring £6.8 million into the local economy.
He added: “We hope the town council here will encourage a local effort or appeal so that Llangollen can be part of this success.”
Cllr Tim Palmer questioned why Llangollen should lend its support when the National Eisteddfod received half a million pounds in subsidy while the locally-based International Eisteddfod did not do so well for outside financial backing.
The mayor, Cllr Jon Haddy, said he was unaware Llangollen did not have a local support committee and added: “Maybe we can have a word with some local organisations.”
Posted by llanblogger at 8:06 AM