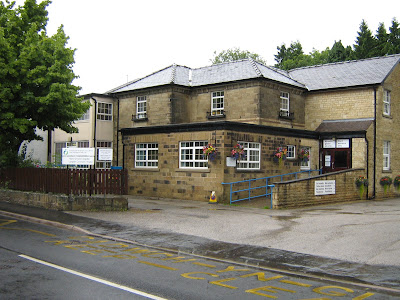 Denbighshire has called for clarity in how Betsi Cadwaladr University Health Board (BCUHB) plans to reorganise healthcare provision across the region.

The controversial plan includes a proposal to close Llangollen Cottage Hospital, which has sparked an angry backlash in the town.

A campaign group formed specifically to oppose the move - Keep Llangollen Health Services (KLHS) - is demanding the hospital is not closed before a range of services currently provided there continue to be available locally until a planned new health is built, possibly on the site of the derelict River Lodge.

Concern has also been voiced that the new facility will not include a minor injuries unit as the hospital now does.

In a lengthy and detailed response to the board, Denbighshire, while supporting the enhanced provision of care closer to home and improved services for people with EMI, has raised concers about a number of proposals..
These include the need for the board to ensure that no services will close until new services are in place and that there must be no "cost-shunting" to adult social care, moving costs currently borne by the health board on to the council.

Also in the response, which has been compiled after in-depth consultation with town, community and county councillors, Denbighshire has expressed a high level of concern about the impact of the proposals on carers and the lack of any funding commitment to additional services to support carers as well as the need for transport services to be costed and provided in the aftermath of the reorganisation.

Cabinet Lead Member for social care and children’s services, Councillor Bobby Feeley, said: “After lengthy and detailed consultation with many stakeholders, it is clear that the devil is in the detail with these proposals and we have made sure we have carefully studied the proposals and then listed our concerns.

“The changes proposed are not fully costed at this stage so the implication on council services is not clear but we are clear that issues such as transport need to be considered fully and there is the risk that, as services are provided more in the community, the additional costs will inevitably fall on the council’s social care teams.

“We would also like to see consideration for a joint hospital hub across Denbigh and Ruthin.”

Denbighshire will now be pressing for a strategic group to be put in place for Denbighshire to enable ongoing discussion about the detailed implementation of the proposals
and will also be looking for specific support for the delivery of a minor injuries service in Llangollen.

A spokesperson for KLHS said: "Denbighshire County Council’s statement completes the unanimity of bodies ranging from AMs, councillors, organisations such as the Royal College of Nurses, the British Medical Association, town councils everywhere, and most importantly the public, in condemning Betsi Cadwaladr’s vision of Change as deeply flawed and unrealistic, especially in delivering quality patient care.

"The Keep Llangollen Special Community Group now calls for all stakeholders to speak with one voice to be champions of local care, which is universally recognised as the highest quality available, and press both health board chairman Mary Burrows and the Health Minister Lesley Griffiths to cease these disastrous cuts, to reverse the planned closure of our cottage hospitals, and invest in our most precious commodity – our nation’s health.
"Balancing columns on a spreadsheet is not leadership. It is a false economy. Only investment can lead to higher quality healthcare with efficiency savings, and reverse the neglect of years of failures to invest."
Posted by llanblogger at 12:24 PM