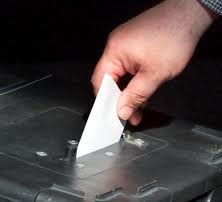 VOTING began at 7am today (Thursday) in the polls to elect the first ever police and crime commissioners for England and Wales.

The elections are taking place in 41 police force areas - except in London - and voting closes at 10pm.

The new PCCs, who are set to replace police authorities, will set spending plans and have the power to "hire and fire" chief constables.

The results are expected to be announced on Friday, with elected PCCs assuming office from November 22.

The government set up the commissioner role in what it describes as an effort to make police more accountable, with a single "figurehead" monitoring and ensuring performance.


Candidates in North Wales are: