Trains steam through the snow at Llan Railway 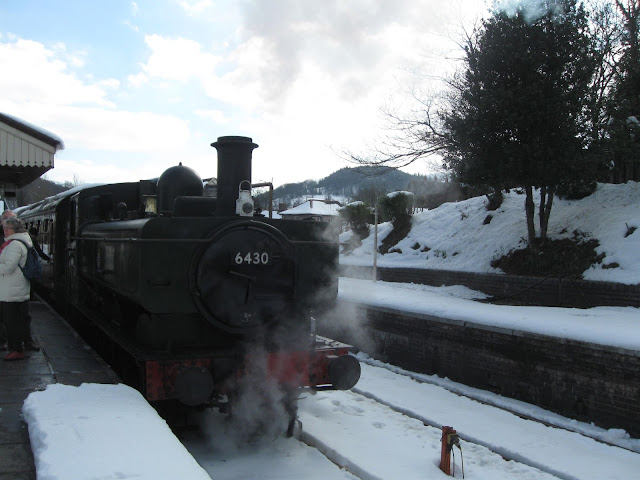 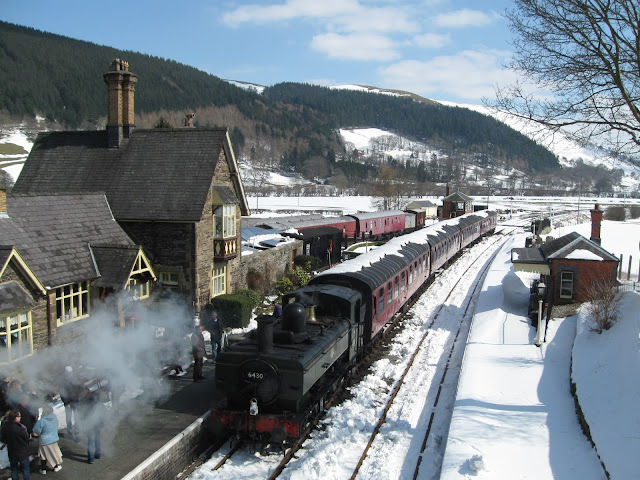 * The loco takes on water at Llangollen (above) and on arrival at Carrog (below).
A herculean effort by volunteers over the past few days has enabled trains to start running again on the Llangollen Railway.

Railway spokesman George Jones said: "All the hard work to clear snow from stations and junctions, as well as some 24 fallen trees, paid dividends on Friday when steam train services to Carrog resumed.

"The GWR Pannier tank No.6430 provided the two-hourly service and took passengers into a winter wonderland down the Dee Valley, the snowfield at Llantysilio being especially noteworthy for its almost alpine-like scenery.
"Train services continue over the weekend with an hourly service, although modified from the published timetable to be alternatively provided by one steam train and one diesel railcar.
"It is to be hoped that although a thaw has set in, the snow will remain in most places to provide the wintery scenes which people enjoyed on Friday."
Posted by llanblogger at 7:54 AM