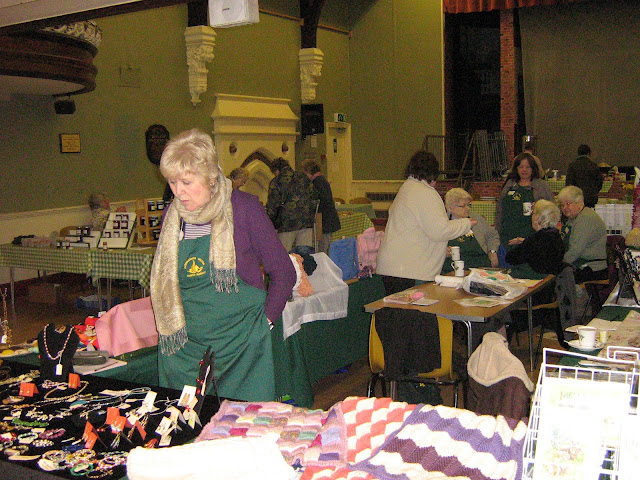 * Llangollen Country Market opened for the new season on Friday – St David’s Day
Llangollen Country Market has opened up for business at the start of what it hopes will be another busy trading season.
Nationally, the country market concept goes back to 1919 when they were run by the Women’s Institute (WI).
That is how they were known until about 20 years ago when they took on a more modern and business-like look.
But whatever name they have gone by, the basic principle of the markets has never changed – selling home-made food and crafts of the highest quality at the keenest prices. 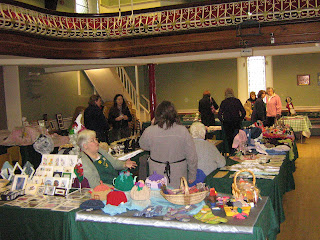 Llangollen Country Market has been trading since 1977, first at the Memorial Hall and later at the Town Hall where it is still based.
It is part of a 300 to 400-strong national country market network and, more locally, is one of a society of five markets also including those at Wrexham, Ruthin, Denbigh and Rhos-on-Sea.
All the country markets are registered as social enterprises and overseen by a local committee – the one in Llangollen has 10 members.
In the “season”, which runs from early March to just before Christmas, the Llangollen operation is open to customers every Friday between 9.45am and 12.45pm, with doors open from 9am for those looking for early bargains.
Market secretary, Gill Thomas, said: “We don’t have stalls as such and everybody is organised into sections selling different things, such as crafts, plants and vegetables, jam and eggs, with several producers in each section.
“Our producers come from within a 10 to 15-mile radius of Llangollen and include people from Wrexham and Corwen.
“The things we sell are all home produced and nothing is bought in.
“All the producers have food handling certificates and everything they sell is prepared to the highest standards. We liaise regularly with environmental health officers from the local council.
“When one of our producers sells something they pay 10 per cent to the market committee who use the money to cover overheads such as renting the Town Hall for the day
“If they don’t sell anything during the day they don’t have to pay the committee anything.”
Gill added: “It’s really hard work because we have to entice our customers by offering them something which is not available elsewhere.
“However, quite a few businesses have started on country markets as it’s a good way of testing your products.
“Here at Llangollen we are doing quite well and last year, for the first time, we had a stall at Llangollen Food Festival.
“It was a bold step for us but we did it to upgrade our profile.”
Looking to the future, however, Gill believes things might get quite a bit tougher for the town’s country market.
She said: “I think we will be hit pretty hard by the new Sainsbury’s supermarket for which there is planning permission in Llangollen
“We made objections to this at every stage in the planning process because our market relies heavily on passing trade and if someone driving through the town sees Sainsbury’s first they will stop there, buy what they want, get back into their car and drive on through town without stopping to look at anything else.”
Posted by llanblogger at 7:27 AM