Early days of the Cottage Hospital 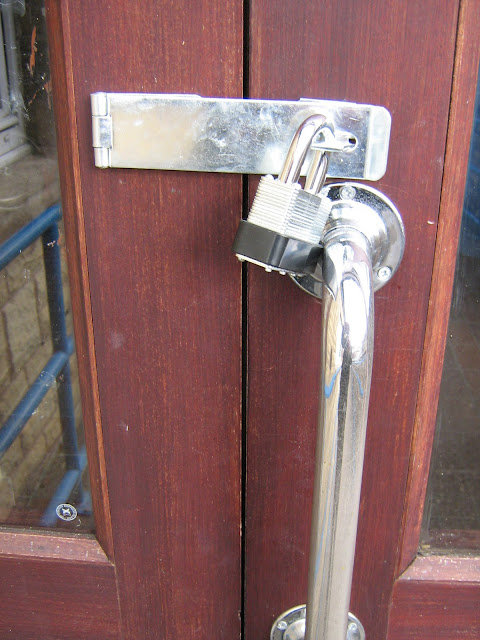 * The padlocked front door of the hospital.


llanblogger has been delving into the excellent Welsh Newsapers Online archive for any mention of Llangollen Cottage Hospital, which closed last weekend after 176 years of devotedly serving the local community.

We wrere delighted to come across two articles - printed 22 years apart - from the long-defunct Llangollen Advertiser which has shed a fascinating light on the much-loved hospital in its early days.

The first comes (pictured below)  from February 18, 1876, not long after the hospital opened. The second, dated March 8, 1898, is a report of the hospital's annual meeting. 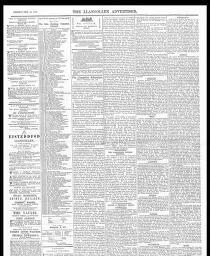 
THE LLANGOLLEN COTTAGE HOSPITAL. THE COTTAGE HOSPITAL is now, we are happy to say, complete so far as the building is concerned. It is admirably arranged for the object for which it is intended, the whole work being of a thorough and substantial character, and it now only awaits the furniture and nursing matron to enable the committee to open it for the reception of patients. The furniture will shortly be in its place; Mr. Wagstaff, with great liberality providing every requisite, thus rendering, complete this inestimable gift to the town. We understand that the services of a trained and experienced nurse have been secured by the managing committee in order to make the Hospital as efficient as possible. We trust everyone in this community and the neighbourhood will do all in their power to further the utility of this valuable institution,and support it liberally by annual subscriptions, of which a handsome list has already been obtained; but we hope before long to see many other names added to it. We must not omit to mention that two handsome gifts for the garden have been received, one being a large supply of shrubs and rose trees from Messrs. A. Dickson and Co., of Chester,—the other, tile edging, from Mr. J. C. Edwards, Trevor Hall.

THE REPORT. The chairman said all had had the report sent to them, and there was really nothing of any parti- cular nature to remark upon from it. It read as follows:—"In presenting the report of another year's work the committee have no special feature to draw attention to, but to report that the institution continues to do good work in the neighbourhood. Forty-eight patients were admitted during the year, being a decrease of five as compared with the pre- ceding year. The out-patients numbered 32, as against 35 in 1896. In the district nursing branch, good work has again been done, 80 persons having been attended to in their own homes, the number of separate visits being 656.

The demand upon the convalescent funds has been larger than usual, no less than 32 patients having been sent for change of air as compared with 14 in 1896. The committee have much satisfaction in seeing that the institu- tion continues to command the generous support of the subscribers and donors. They would, however, like to see more appeciation amongst workmen of the benefits, to be derived from regular and sys- tematic subscriptions to the workmen's collection cards, entitling contributors to free entrance to the hospital when suffering from illness."

It would, however, be a mistake to take it altogether in that light. Outsiders, who only saw the report, had no notion of the trouble Mr. Dodd experienced in getting in funds by these small amounts. Of course, as they would see by the report, it was wonderfully well kept up, and much of that gratifying fact was owing to the penny subscribers, and to the work- men themselves, going about with and contributing to collecting cards.

That should certainly be en- couraged, as the committee wanted to see the working man doing a little more to provide for himself against a rainy day while he was well. The institution did not intend him to contribute when he was out of work, but if he put a penny into one or other of the collecting boxes now and again while he was well he was only doing that for which he was very likely some day and in some way to reap the benefit. To say that at the present time there were only eleven entries of regular working men subscribers was rather a slur upon the workmen of the district, and the needs of the institution ought to be taken up by them.

The name of a penny a week subscriber was recorded in the book, and was published with the other items. The expenses during the past year had been pretty much the same as before. The con- valescent fund for sending people to the sea-side had done a good work, and that fund had been more than exhausted, they had to dip into other money from the general hospital fund. He did not think there was a call for any further observations, the report had been sent to the subscribers, and he now moved that it be approved and adopted. The proposition was seconded by Mr. Jagger, and carried unanimously.

SUBSCRIBERS' REPRESENTATIVES. It was resolved that Sir Theodore Martin, K.C.B., K.C.V., Mr. S. Jagger, and Mr. Griffith Williams, be the subscribers' representatives on the Managing Committee for the ensuing year.

VOTES OF THANKS. Mr. Morton moved that the best thanks of the meeting be given to the medical gentlemen who had tendered their services free of charge to patients while in the hospital to the treasurer (Mr. W. Richards) to the matron (Miss Edwards); to the clergy and ministers of all denominations who had made Sunday collections in places of worship on behalf of the hospital; to the proprietor of the Llangollen Advertiser for inserting free of charge the artices, &c., relating to the hospital to the collectors of penny cards and alms boxes; to contributors of gifts in kind; and to Miss Edwards (Hand Hotel) for providing free con- veyance of patients to the hospital when necessary. Mr. Jagger having seconded the proposition, it was carried.

Dr. Drinkwater next proposed that the thanks of the meeting be passed to the committee and secretary (Mr.! Dodd) for their successful management of the hospital during the year. Mrs. Pugh seconded the motion, and was it carried with great heartiness. The chairman replied, and said they were particularly indebted to Mr. Dodd for his very active services and attention to the requirements of the hospital (applause).

He thought the committee ought to thank Mr. Dodd very much for the work that he did. Mr. Dodd, in reply, said that whatever services he might perform in connection with the institution the work afforded him both pleasure and satisfaction when he knew that he had the confidence of his colleagues. He could not but be pleased to see that they worked together so harmoniously. Mr. Morton then moved, and Mr. Dodd seconded, a vote of thanks to Capt. Best for his services. The Captain had taken an interest in the hospital from the very beginning, and it spoke well for him and the institution that things were going on so well.—The proposition having been carried, the chairman admitted to taking an interest, in the welfare of the institution, and hoped that all would continue to go on well in connection with it. He thought the very fact that they had not large meetings was testimony that all was proceeding satisfactorily. This concluded the business of the meeting.
Posted by llanblogger at 7:49 AM