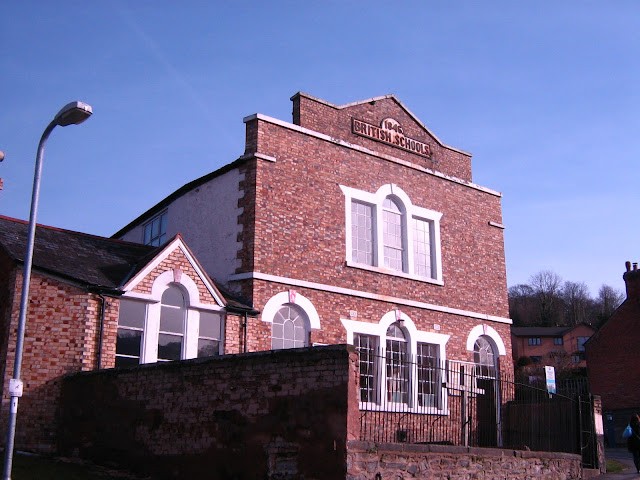 * Penllyn Chapel in Brook Street.
A landmark Llangollen building with a long and varied history is set to take on a new lease of life.
Penllyn, in Brook Street, began in the early Victorian era as a school and later became the base for a number of different churches.


Now, it is take on a new role as a community centre offering a range of activities and services.
Penllyn was built in 1846 as a British School with the aim of providing basic and non-sectarian education for the children of non-conformists in the area and in its heyday had over 200 on its register.


The building was then taken over by the first of a series of church groups in the 1870s, the last of which, one affiliated to Victory Churches International, held its final services there a few months ago.
Penllyn was left to be administered by a small group of trustees who recently agreed to allow its use – free of charge – by Llangollen’s newly-established City Church.


A joint venture between St Collen’s Parish Church and the Greater Manchester-based City Church, this is a Pentecostal-based organisation with strong community-based aims.
Currently housed in St Collen’s Community Hall off Regent Street, City Church is possibly best known for its regular Community Bite sessions offering daily hot lunches free of charge to anyone is need of them from the area.


According to the man in charge, Pastor Brian Smith, the meal sessions will be transferring permanently over to Penllyn sometime within the next few weeks, with the church’s Saturday evening services moving over first on March 16.
He said: “Under the terms of a trust Penllyn has to be used for worship, and the trustees are kindly allowing us to use the building free of charge for as long as we want. 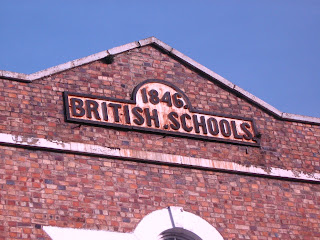 “We provide our Community Bite meal service free to anyone in the area who wants to come along.
“We serve hot meals, prepared by a chef who gives his services free of charge, such as soup and a roll or cheese on toast and all the food we use in donated to us.


“We attract anything from a handful of people to a roomful.
“Moving into Penllyn will allow us to expand further into the community as there is a kitchen in the building and room to store our food, which we do not have at the community centre.


“We will move our Saturday evening services over to Penllyn right away and, within weeks, we will also transfer Community Bite over there too.”
He added: “We want to build bridges with the community and help the community build bridges within itself as people meet new friends in the church.
“At Penllyn quite a bit needs to be done to the building, such as plastering and painting, and we are now looking for donations to help us to do that.
“We are also seeking charitable status for the church which will enable us to apply for grants.
“In the future we plan to also use Penllyn as the base for a local credit union and surgeries giving free advice to those with debt or legal problems.”


Pastor Smith said City Church, which is part of the Passion for Jesus Ministry, had its base at Kearsley, near Bolton, and three sister churches to the one in Llangollen are located in and around Greater Manchester. 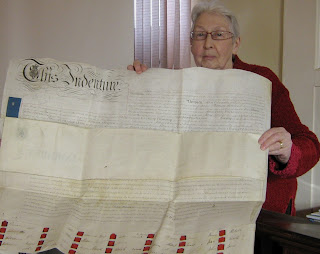 The Llangollen church, he added, currently has 35-40 people who attend regularly.
In transferring Penllyn to City Church, trustees came across of number of elaborate hand-written legal documents dating back to the 1840s.

A number of these, measuring over 3ft square, meticulously detail the conveyance of the land on which it was built from its original owner to the school it originally was.

Trustees are arranging for these valuable artefacts to be handed over into the safekeeping of Llangollen Museum.
Posted by llanblogger at 7:13 AM