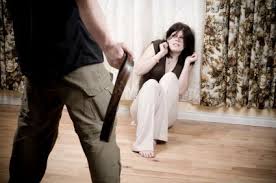 In advance of today's Six Nations match between Wales and England, Clwyd South Assembly Member Ken Skates has warned of the increased levels of domestic abuse that can occur around big sporting weekends.
During last year’s Six Nations tournament, there were over 4,300 calls to the All Wales Domestic Abuse and Sexual Violence Helpline an increase of almost 10% on the previous year.
Evidence shows that the number of incidents reported to the police increases dramatically around the time of big matches.
The AM, who sits on the Assembly’s Local Government Committee, said individuals needed to be vigilant in spotting and reporting domestic abuse over the coming weekend.
He explained: "The spike we see in domestic violence incidents over the days of a major sporting event is nothing new to those who work on the frontline combating violence against women and domestic violence right across Wales.
"During last year’s Six Nations there was an increase of almost 10% in the numbers contacting the All Wales Domestic Abuse and Sexual Violence Helpline.
“Whilst everyone should have fun this weekend and enjoy a Welsh win, we need to be vigilant about domestic violence, fuelled by an excessive intake of alcohol, that can occur at this time of the year.
“Figures from the British Crime Survey show that one in three women will have experienced domestic violence at some point in their lives and one in five will have experienced some form of sexual violence. Tragically two women every week in England and Wales lose their lives as a result of domestic violence.
“We all pay a huge price for the domestic violence that goes on in our communities every day across Wales. It costs £800m to the Welsh economy through the direct additional costs it places on our health and social services as well as employers through absence at work. It also has a cascading impact down the generations too as children who witness sexual or domestic violence are more likely to be perpetrators later on in life.
“However most costly of all is the social price we pay as a community if we allow any woman or man to be abused, mistreated, injured or killed as a result of domestic violence. We need to take a zero tolerance approach, both this weekend and in the future, towards any form of domestic violence.
“Anyone suffering abuse or who suspects that it is going on, should contact the Police or ring the All Wales Domestic Abuse and Sexual Violence Helpline.”
When Wales played England during the Six Nations rugby match in 2012, South Wales Police recorded a 76% increase in the numbers of domestic abuse incidents compared to the previous weekend.
The Welsh Government is expected to take forward a Domestic Violence Bill later in 2013.
Anyone affected by domestic abuse in Wales can call the All Wales Domestic Abuse and Sexual Violence Helpline on 0808 80 10 800 for confidential, bilingual, 24-hour information and advice. In an emergency, always dial 999.
Posted by llanblogger at 8:37 AM