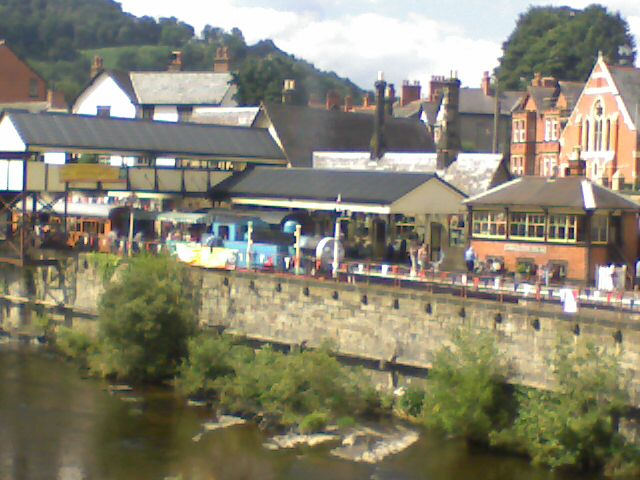 * Llangollen Railway is in a three-way partnership to restore an historic locomotive.

Llangollen Railway is co-operating on an ambitious project to facelift a vital piece of Welsh locomotive history.

The aim is to return the loco to showroom condition and display it with the only Welsh-built standard gauge railway carriage to survive into preservation, Taff Vale Railway Brake Third No. 220.

James Buckley, of the GVCG, said: “As custodians of No. 220, this project reflects a long-held aspiration to display the carriage within an appropriate context, and uniting it with the sole-surviving Welsh-built standard gauge steam locomotive in South Wales is a fantastic proposition.

“This project has three major benefits in that we will move a step closer to creating a train that consists solely of Welsh rolling stock, the Llangollen Railway will get to re-assemble No. 28, and the locomotive will be out on public display for the first time in over two decades.

“We look forward to working closely with both the Llangollen Railway and the National Railway Museum to achieve this aim.”

An appeal for £10,000 to complete the restoration and transport the locomotive to the Gwili Railway has been launched by the GVCG on behalf of the other two partners.

Neil Evans from Llangollen Railway said: “It will be great to get this loco back to ‘showroom’ condition.

“Llangollen Railway’s workshop is the largest standard gauge steam loco workshop in Wales, so we’re very happy to be involved with the project.

“Since TVR 28 arrived at Llangollen we have already worked on some parts of the locomotive, and a successful fundraising exercise will help us to complete the job.”

“Although Wales is well-known for its narrow-gauge lines, perhaps TVR 28 will help remind everyone of Wales’ standard gauge railway heritage; the coal hauled by this engine helped to develop Britain.”
Posted by llanblogger at 4:13 PM