Railway battles to be open in time for Friday 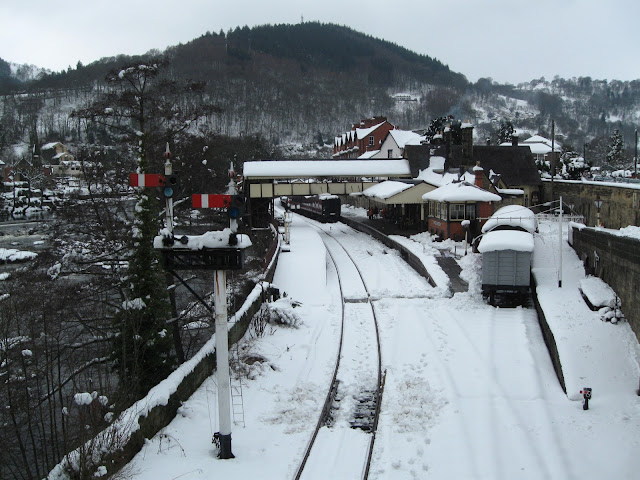 * The scene at Llangollen station on Tuesday as work got underway to clear the station driveway of snow.

Heavy snow fall in the Dee Valley has presented the Llangollen Railway with a major challenge to be back in operation by Good Friday.

The snowfall last Friday and Saturday caused train services to be suspended over the weekend and no trains have been able to run so far this week when daily train services were scheduled for the school holiday period.
With platforms and the railway track piled high with snow in places the need to begin clearance work is being tackled by full time railway staff and volunteers starting at Llangollen station.
George Jones, for Llangollen Railway, said: "With no thaw in sight the need is for spade work to clear the public access to stations and platforms, as well as to clear the points and lineside mechanical equipment to allow trains to operate.
"The depth of the snow in places has not been seen for many years and it will require a tremendous effort to reopen the line in time for Easter.
"If we do succeed in running steam trains along the line to Carrog it is likely visitors to the Railway will have a momentous trip into a winter wonderland where near alpine conditions exist in this part of North Wales."
Posted by llanblogger at 6:56 AM