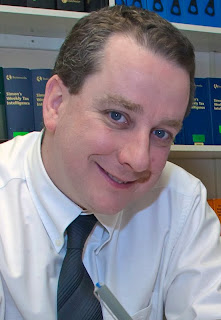 A leading financial expert has hailed yesterday's Budget as a “massive boost” for small businesses across the region.
That's the verdict of Anthony Lewis, (pictured left) from Chartered Accountants Coxeys, which represents a wide range of clients from sole traders right through to international market leaders.
He said key measures such as a hefty cut in employer National Insurance contributions, billions of pounds to stimulate the stagnant new housing market, more cash for child care and the continuing freeze on fuel duty all helped make it a “Budget for small business.”
Mr Lewis, a director of Coxeys which has offices in Wrexham and Saltney, said the main headline was the Chancellor’s decision to slash £2,000 off the National Insurance bill for employers.
He explained: “This alone is going to provide a massive incentive for smaller companies to take on more people and create badly-needed new jobs for North Wales.
“Estimates are that if a firm has less than 10 employees their National Insurance costs will be reduced by as much as 80 per cent on average, which is a staggering amount.
“Our clients are telling me they can’t wait for it to be introduced in April 2014, when it will mean a huge boost to them.”
Mr Lewis also gave an enthusiastic reception to another move announced by Mr Osborne to give working families up to £1,200 per child in child care.
He said: “This is another big one as far as our small business clients are concerned.
“At the moment families with children receive child care vouchers up to the value of £55 a week per adult, which equates to £2,860 a year.
“Under the new measures announced by the Chancellor this figure will increase to £6,000 a year. In turn, that is also worth £1,200 in tax relief.
“Child care can be extremely costly and is a major household spending item and what Mr Osborne has done will certainly be a major encouragement for people to return to work after they have had their children."
Third piece of good news for smaller firms in the Budget, according to Mr Lewis, is what the Chancellor has dubbed the Help to Buy Scheme.
This comes in two vital parts, with the first earmarking £3.5 billion for interest-free shared equity loans up to 20 per cent of the value of a new home, and the second introducing a mortgage guarantee scheme – worth £130 billion over three years starting from 2014 – pledging government cover to lenders for home-buyers unable to afford big deposits.
Mr Lewis said: “This will help literally hundreds of construction firms across North Wales – certainly the larger ones and but also the smaller contractors, such as plumbers and electricians, who work for them.
“New home building has been stagnant for the past few years but these home ownership incentives are sure to get things moving again. They are very much to be welcomed.”
If the construction sector will benefit from the stimulation for the housing market, Mr Lewis believes virtually every business operating in the region will be helped by the cancellation of September’s planned increase in fuel duty following two years of it being frozen.
“Fuel is a major cost to many of our clients are this is going to help keep those costs down,” he added.
Posted by llanblogger at 8:15 AM