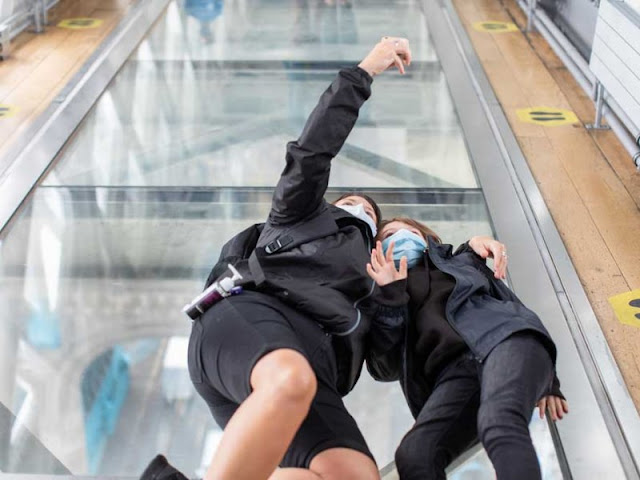 A new bridge spanning the River Dee is just one of a number of visionary future projects for consideration on the agenda of the recently formed LlangollenFuture Vision group.

Underfloor lighting, as used in aircraft floor exit lighting, would be incorporated for night-time pedestrian safety.

The bridge would cross the river from adjacent to the car park currently used by Aldi and Home Bargains customers to a point on the opposite bank on land near to the far end of the railway station platform.

This would give enhanced access for visitors to the railway and to events at the Pavilion, including the International Musical Eisteddfod.

With unparalleled views of the river in both directions, a couple of open picture frames would be built into the sides of the construction specially designed for the benefit of photographers.

Spokesperson for the group, David Davies, said: "The latest technology construction would compliment the uniqueness of the  excellently recently restored Chain Bridge, whilst both being guarded, up-stream by the historic Llantysilio  Kings Bridge and down stream, by one of the seven wonders of Wales, the Llangollen Town Bridge.

"Such a visionary construction would compliment and enhance the greatness of bridge engineering in this area and ensure that Llangollen maintained its position in the tourist top rankings of a must-visit place in Wales.”

David Davies made the announcement of the new bridge earlier today, April 1.