Assets of Llangollen Railway go up for auction 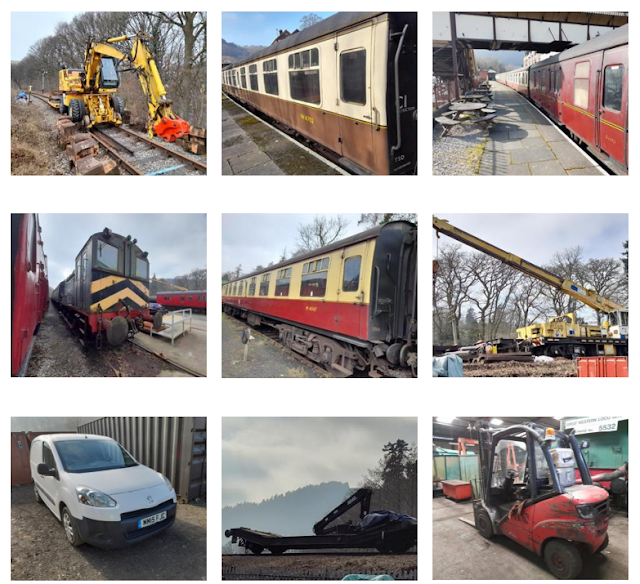 * Some of the lots to go under the hammer at the auction.

The assets of crisis-hit Llangollen Railway have gone under the hammer in an online auction.

And the liquidators have told a newspaper that joint administrators for the heritage attraction remain in advanced negotiations with an interested party to acquire the business and certain assets.

On March 1 the board of the railway’s public limited company (PLC) asked its bank to call in receivers after it became insolvent to the tune of about £350,000 and could not legally continue trading.

A firm of liquidators was appointed with the aim of selling off the assets of the world-famous heritage attraction.

The Trust board, which remains completely solvent, has declared its intentions of buying as many of the railway's assets as possible and has already raised over £50,000 from a public appeal. https://llangollenrailway.enthuse.com/profile

By order of Alan Coleman and Jason Elliott, of Cowgill Holloway Business Recovery LLP, joint administrators of the PLC, an auction of its assets is currently being held online on Wednesday May 12.

Conducted on their behalf by the firm of Lambert Smith Hampton (LSH), this includes a wide range of items, from rolling stock such as coaches to a diesel shunter and from a 56-ton rail-mounted crane to a boxvan bogie.

There are also lots from the workshops, from milling machines and lathes to vehicles such as Transit vans.

According to the LSH website, the auction will be held at the railway’s engine shed off Abbey Road.

Meanwhile the Daily Post has quoted a spokeswoman for the administrators as saying: "Following the appointment of Alan Coleman and Jason Elliott both of Cowgills as Joint Administrators they remain in advanced negotiations with an interested party to acquire the business and certain assets.

"The remaining rolling stock and engineering assets have generated a lot of interest during the initial accelerated sales process.

"Upon advice from their agents, Lambert Smith Hampton, the remaining assets will be placed into an online auction https://www.lsh.co.uk/assetadvisory/online-auctions/llangollen-railway-plc-auction on May 12, 2021 to be held at Llangollen Railway Station."