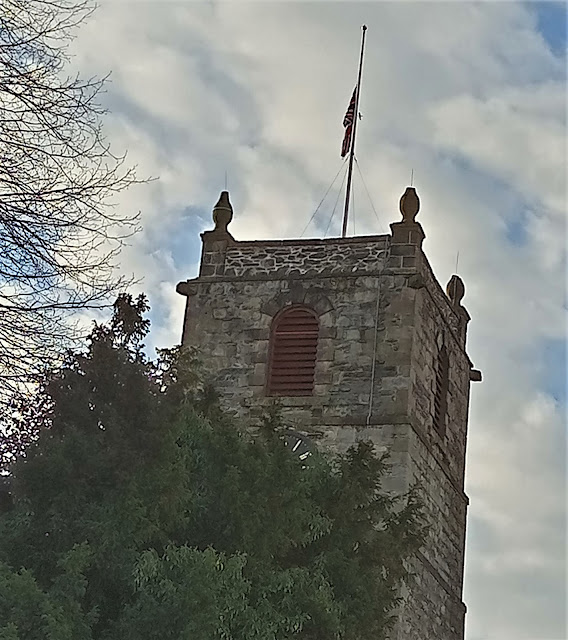 * St Collen's flag is being flown at half-mast.

A bell will be tolled 99 times, half-muffled at midday today (Saturday) at St Collen's Church to mark the death of HRH Prince Phillip, Duke of Edinburgh.

The Union flag will fly at half mast from the church tower until the day after the funeral.

The death at the age of 99 of the Queen's husband was announced yesterday and tributes to his life have been pouring in from across the world.

Buckingham Palace has announced that Prince Philip’s ceremonial royal funeral will take place on April 17 in St George’s Chapel, Windsor Castle, and a national minute’s silence will be observed as it begins at 3pm. 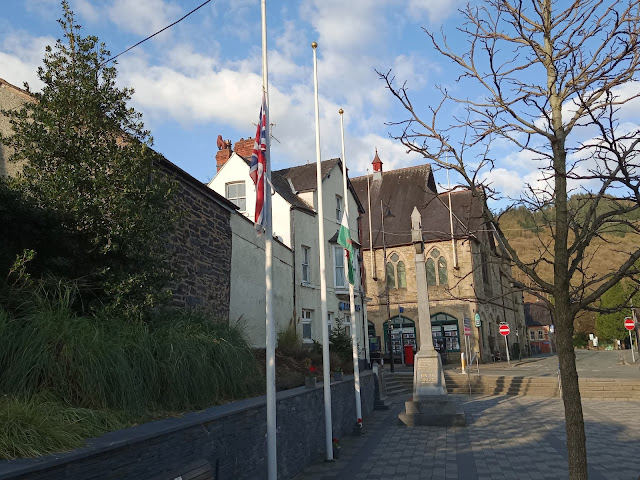 * Flags in Centenary Square are also at half-mast in honour of Prince Philip.
Posted by llanblogger at 6:35 AM