Perfect morning for a balloon flight 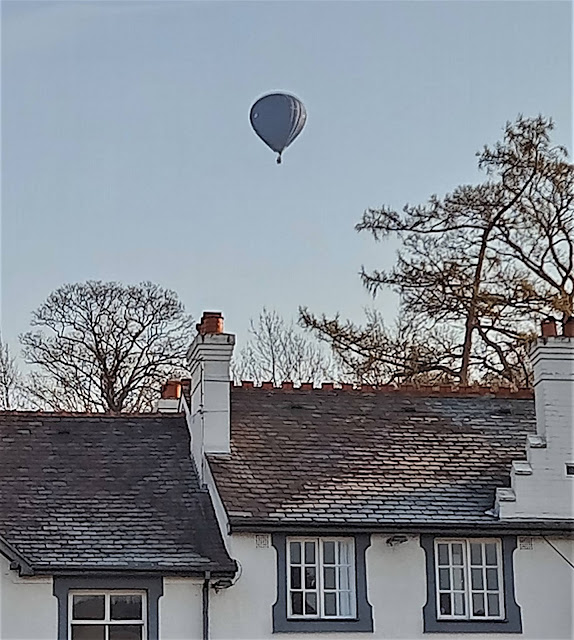 * The balloon appears over the Bridge End. 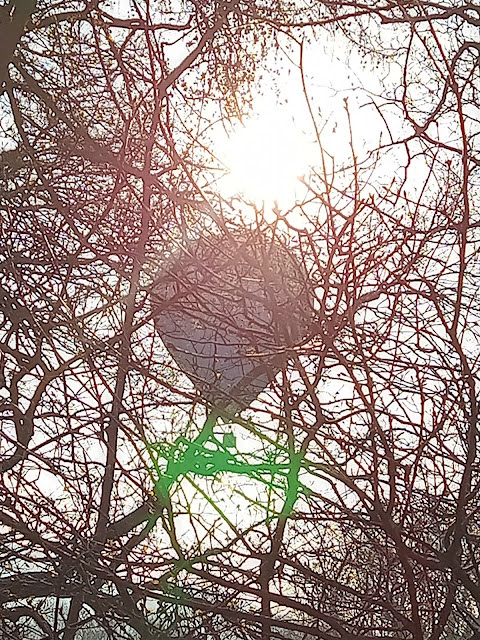 * Silhouetted against the trees by the canal as it begins its descent. 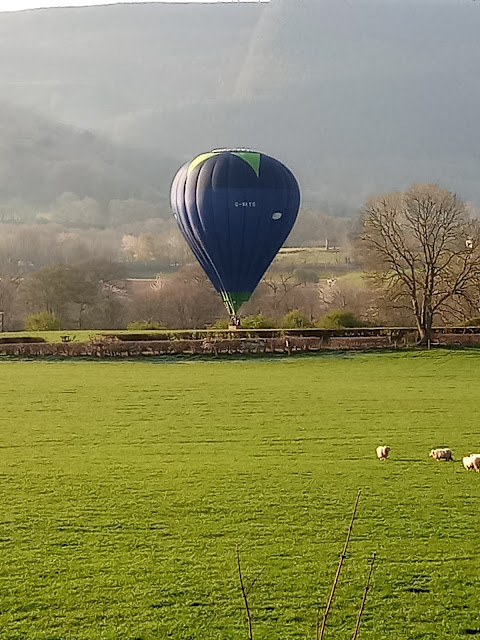 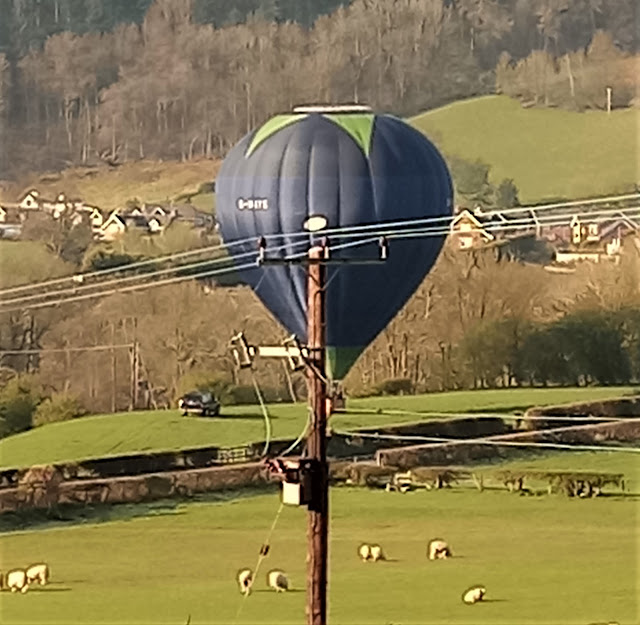 * The back-up vehicle arrives to pick up the passengers.

In the crisp, blue sky a lone balloon appeared over Llangollen early this morning and llanblogger followed its progress.

The black, blue and green inflatable carrying a basketful of passengers was first visible above the Bridge End and then slowly made its way eastwards along the line of the canal.

It eventually began its descent and finally came to rest in a field just off the A539 road not far away from the new pocket park.

Soon afterwards its back-up vehicle arrived to pick up the passengers and the crew quickly deflated the airbag.

Posted by llanblogger at 9:04 AM