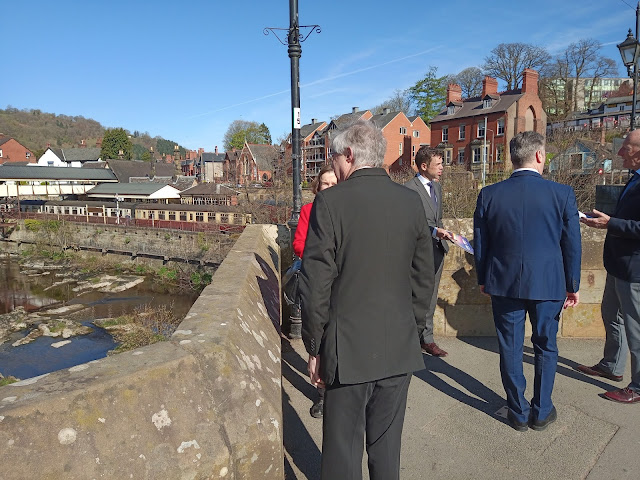 * Mark Drakeford on the bridge looking over at the crisis-hit railway. 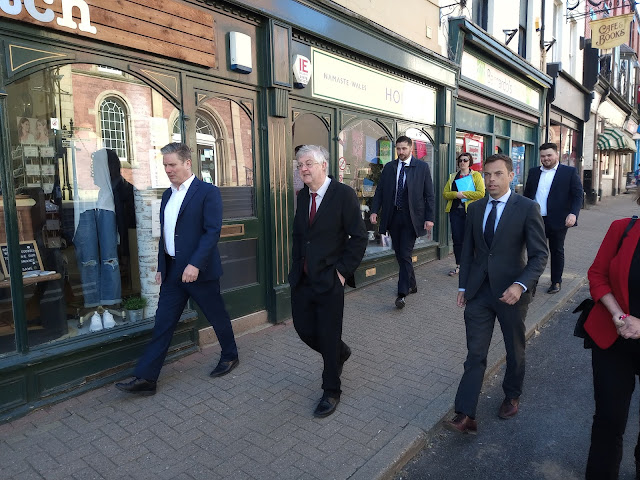 * The Labour team on walk-about in Castle Street. 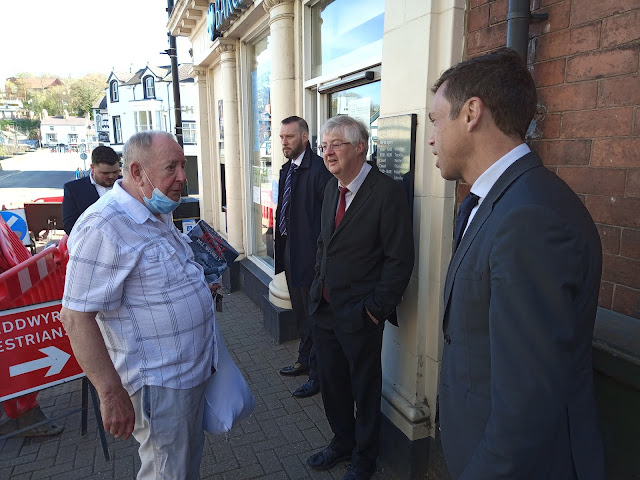 * Mark Drakeford and Ken Skates chat to a constituent outside the bank. 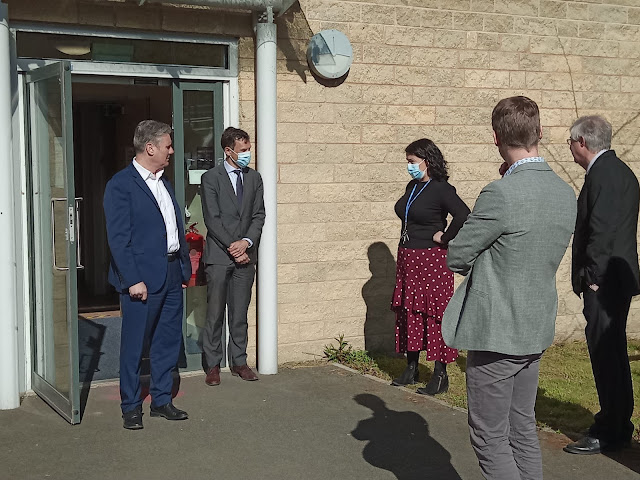 If it wins next month’s Senedd election a new Labour-controlled Welsh Government would work with local people to help get crisis-hit Llangollen Railway back up and running.

That was the pledge from Welsh Labour leader and First Minister Mark Drakeford when he and UK Labour chief Sir Keir Starmer had an election walk-about in the town this morning (Thursday) to support the campaign of the party's candidate Ken Skates to be returned as Senedd Member for the local Clwyd South constituency on May 6.

Arriving in the Market Street car park the two leaders, accompanied by Mr Skates, strolled down Castle Street where they met and chatted to a small number of shoppers and at least one business owner.

Later they drove across town to Llangollen Health Centre where they spoke at some length to the clinical team who have been carrying out the busy Covid-19 vaccination programme.

Sir Keir told them he found their hard work “uplifting”. There was also praise for their efforts from Mr Drakeford, who is a former Welsh Health Minister.

llanblogger asked the First Minister whether Llangollen’s world-famous heritage railway, which recently went into receivership with debts of £350,000 and now faces the auctioning off online of its assets, could look forward to any assistance from a returning Labour government.

He said: “We obviously realise the importance of Llangollen Railway and the way it has helped to bring people to this part of Wales and we think there is a successful future for it.

“But that will depend upon there being a credible plan for the future of the railway with people who are confident in the running of it.

“In the end Ken Skates and I deal with public money, so when we are making investments in things like the railway we have got to know that the money is going to achieve all that we want it to achieve.”

He added: “I’m not wanting to suggest for a moment that there is going to be some sort of blank cheque from the next Labour government.

“What there will be is a very positive determination to work with local people to come up with a plan that would allow us to be part of the help that they will need to get the railway back up and running.”

Before leaving Sir Keir said he thought Ken Skates had “a good chance” of holding Clwyd South for Labour.

And Mr Skates himself said he was confident of victory after some “very positive” canvassing over the past few weeks.