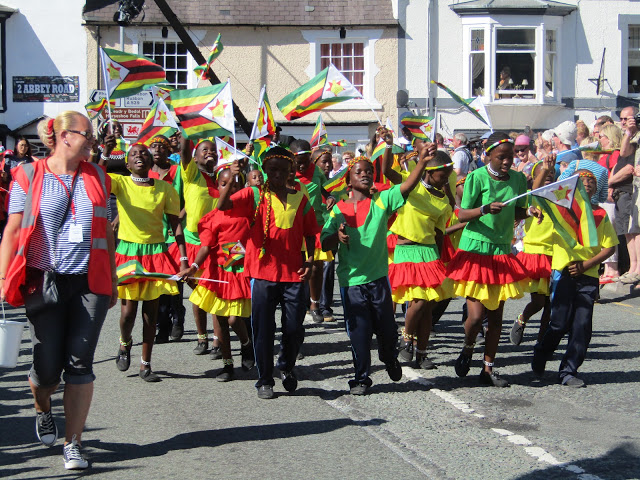 * Happier times - a scene from the eisteddfod parade in 2019.

Llangollen International Musical Eisteddfod has blamed the pandemic for having to make four staff redundant.

However, as part of a restructuring exercise, two roles have been created and filled by existing staff from the team of six, with a further one due to be advertised shortly.

Due to the pandemic the 2020 eisteddfod had to be cancelled and replaced with a series of online events.

This year’s festival has also fallen victim to the ongoing Covid-19 crisis and has been postponed until next year. A similar programme of alternative events is being planned.

In a statement about the staffing cuts the eisteddfod management says: “The impact of the pandemic has been devastating for us as an organisation.

“We had no other option but to review our costs and re-structure to safeguard the future of the eisteddfod.

“It must be emphasised that the cuts are in no way a reflection of the standard of work or dedication of our staff. It follows the financial situation that has arisen following the Covid-19 pandemic.

“Our board have been cautious in our discussions, ensuring that we have looked at every possible source of funding to safeguard as much of the workforce as possible.

“We have managed to maintain a core staff team to oversee key areas of work over the next year until we’re in a position to rebuild.”

In a further comment to llanblogger, they add: “The redundancy process involved the restructuring of the staff team of six. To confirm, four people have been made redundant.

“Following a consultation, two new posts were created and two of the six staff members were successful in securing these positions. A further post will be advertised next week.

“The changes reflect the current needs of the organisation in light of the reduced workload and changing circumstances.”

In an announcement back in January the eisteddfod said: “It is with deep regret that after careful consideration, we have to announce the postponement of our usual eisteddfod until 2022.

“We are working hard to create an alternative format for 2021 involving digital and hybrid options - details will be confirmed in late spring.”