Arteon R-Line does its duty well for Volkswagen 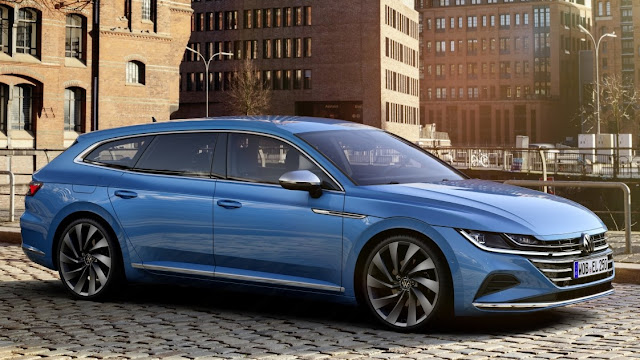 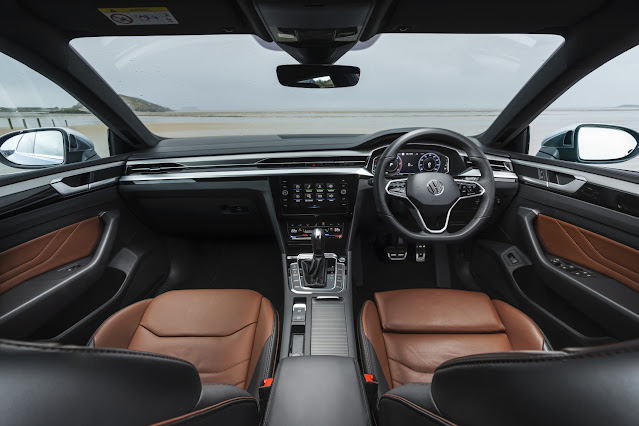 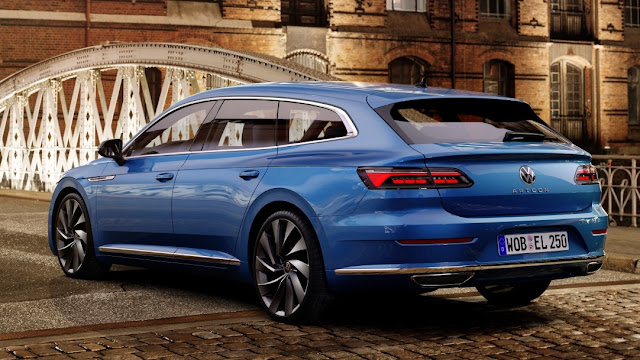 It is amazing how a sloping roof and lashings of chrome can change the character of a car and even give it the wow factor.

The shooting brake is a bit of a looker, breaking away from VW's traditional conservative styling with a long coupe roofline and a lot less glass than the boxy Passat.

The front looks good too with a restyled wider grille laden with chrome while the shiny bits outline the side windows. Somehow I don't see Arteons lining up with Passat estates plying their trade at the taxi ranks.

So Arteon is no longer just an alternative Passat but having an identity of its own with a classier body, restyled interior and swankier trim, in fact it edges closer to its posh cousins at Audi when it comes to quality.

My R-Line came with smart aluminium inserts along the dash and door cards enhanced with backlit trim inlays giving the car a nice cosy feel at night. There is a 30-strong palette to choose your favourite colour.

The interior in general has a good feel about it, the seats are more comfortable than most and legroom, particularly in the back, is outstanding. And there is ample space for luggage, not as much as a Passat, but more than enough to cater for a family of five taking off on their hols.

A shame though that the boot lip has a 20cm drop which makes heaving out heavy items a strain. It would not take much to put in a false floor and while sorting that out a couple of levers in the side walls to drop the seat backs wouldn't go amiss either.

R-Line suggests sporty and you can select a setting that stiffens the suspension and engages sports drive, I tried it but switched back to comfort which does what it says on the tin and still maintains sharp enough handling. Compared to a similar Audi the Arteon is a more comfortable car.

No surprises for the driver with the now familiar interchangeable digital binnacle display and a central touchscreen for the majority of everyday functions although the voice control is efficient for changing the heating temperature, navigation commands and phone. The heating controls are separate although the touch and slide switches are over sensitive and take a bit of getting used to, but look classy.

The same can be said for the steering wheel controls which are a bit of a nightmare and will take longer to master. They control all manner of things and are even more sensitive, jumping from one function to another until you get the hang of it, but like everything else they can be tamed in time!

The other week I suggested the Mazda6 estate would get an ASBO for its high engine emissions, well this Arteon joins it on the naughty step too. With all but 190bhp it is no slouch, in fact it is a bit of a flyer but maintains a stately refinement when the accelerator is floored.

Powerful it may be yet economy is borderline impressive and with a gentle right foot mid forties can be easily achieved. R-line has the automatic seven speed DSG gearbox with steering wheel paddle shifters for good measure.

Nothing to really dislike about Arteon apart from rear vision which is hopeless because of the small amount of glass, so make sure you spec a rear camera if you are not very good with door mirrors when reversing.

R-Line is well off for the luxury items we crave and packed with safety technology. The active cruise control with lane assist is impressive and even reacts speed limits.