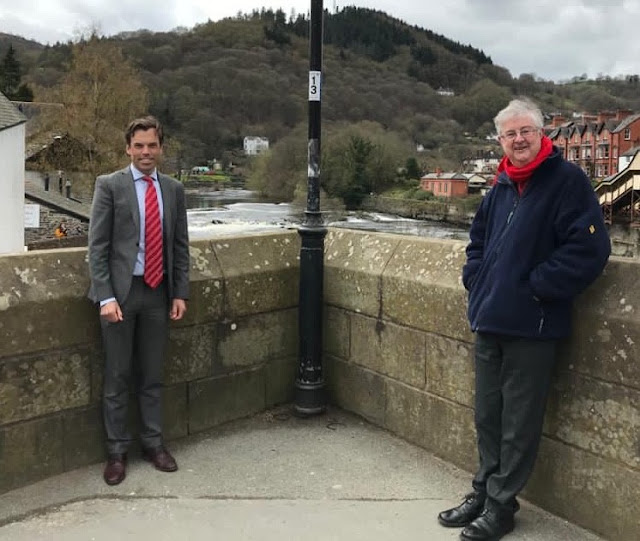 Health centre staff in Llangollen were praised for their “incredible efforts” during the coronavirus pandemic after a meeting with Welsh Labour Leader and First Minister Mark Drakeford today.

The run-down former River Lodge building on the banks of the Dee was bought by the Welsh Labour Government in 2007.

In 2014 Mr Drakeford, then Health Minister, announced £5m of Welsh Government funding to create a new health centre for the town following a campaign launched by previous Assembly Member Karen Sinclair and taken up by Mr Skates following his election in 2011.

Mr Drakeford said: “It was wonderful to be back in Llangollen today and to speak to staff at the health centre, who have all played such an important part in the success of the vaccination roll-out in Clwyd South.

"I know Ken is proud to have helped deliver this facility for local people and extremely proud of its staff, so I was very pleased to have the opportunity to thank them for their incredible efforts during the pandemic.”

Ken Skates said: “Like the surgery in Chirk, Llangollen Health Centre was opened during Mark’s period as Health Minister. It was great to have him back here this afternoon to hear from our local team about their experiences over the past 12 months and the key role they have played in keeping us safe.

“The feedback I have had about the vaccination roll-out in the Llangollen area has been excellent, and that’s testament to the team here. They have also done an excellent job of communicating with patients and keeping them updated, which has been really important.”

As part of his re-election campaign, Mr Skates has pledged to help deliver further improvements to local health facilities.

He has been at the forefront of the campaign for a new health centre for Cefn Mawr, which recently saw Betsi Cadwaladr University Health Board identify a preferred site for the facility.

He was also involved in the campaign for the redevelopment of Corwen Family Practice and has worked alongside patients pushing for a new facility in Hanmer.

Posted by llanblogger at 5:01 PM