Man says he was injured after tripping over Castle Street bollards 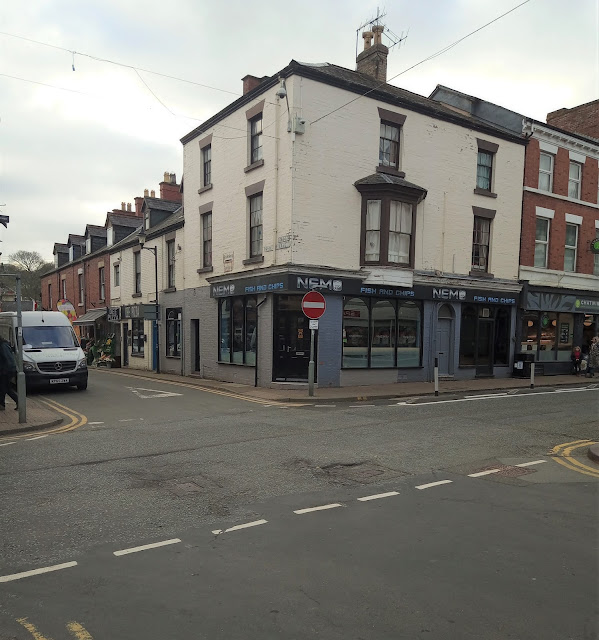 * Castle Street, with the newly-painted white lines around the bollards, at the Market Street junction.

A man visiting Llangollen from Minera has contacted llanblogger to claim he was left with a swollen and bruised knee after tripping over the bollards in Castle Street which a local group as campaigned to have removed.

The bollards were placed along one side of the main street last November by Denbighshire County Council as part of a package of social distancing measures.

But they have since become a highly contentious issue, with the Llangollen Advocate group claiming they were dangerous to pedestrians and lobbying to have them removed while the area’s two county councillors, Graham Timms and Melvyn Mile, argued they were a necessary measure to help people keep their distance, especially as tourism restarts.

Advocate has reported a series of accidents to pedestrians on its Facebook page over the past few weeks.

Last week llanblogger revealed that following an inspection county council officers had agreed to replace the line of bollards with planters within the next few weeks.

In the meantime, as the weekend began, white lines were painted around the bollards in an attempt to make them more visible to pedestrians until they are taken away..

On Friday evening llanblogger received the following email from 52-year-old Keith Wilson who said he had been injured after tripping on the bollards earlier in the day.

He said: “I was out with my wife today in Llangollen and I too was a victim of the trip hazard on Castle Street with the new bollards at approximately 14.30pm.

“I was crossing the road to the Nemo Chip Shop from Market Street and tripped over the concrete raised bollard and went flying head first landing heavily on my knee and my head hit into a parked bicycle outside the shop.

“The bollards are hardly visible and an absolute death trap, the police were in attendance as well as a member of the public who was a nurse an ambulance was called to get my injuries checked out.

“After an hour and a half sat on the pavement waiting for an ambulance I decided to cancel the ambulance and go home to rest.

“My knee is swollen and bruised and I can hardly walk .I will be attending hospital in the morning to get checked out.

“I cannot believe it is going to be another two weeks before these death traps are removed.

“Whoever had the idea to build these has no clue. It is only a matter of time before someone is killed or seriously injured.

“I would like to thank the police in attendance who were great and the publican  Craig from the Bull Inn who was really helpful and the lovely nurse who was passing by.

“I will be reporting the fall on Tuesday to the county council. I hope no one else has to suffer what I did today.”

In a further email on Friday he added: “I was very shaken up at the time of the incident and quite light headed.

“The cyclist who had the bike sent video of damage to their bike caused by my head impacting it .

I think it saved me from more serious injury to be honest as otherwise I would have hit the shop wall .

“The police were there and other witnesses too. The landlord at the pub says he has it all on cctv and I will be calling him tomorrow to get copy.

“The bollards are so dangerous I cannot believe they got approved in the first place, they are the same colour as road and unless you’re looking at your feet, which you aren’t when you are crossing road, it is easy to miss them as I did today.

“If I had been elderly it could have been far worse. I really hope you can get the council to see sense .

“It’s a good job I wasn’t crossing in the opposite direction and falling headlong into the road.”

Posted by llanblogger at 9:25 AM