Issy shows off her Ladies of Llangollen collection on national TV 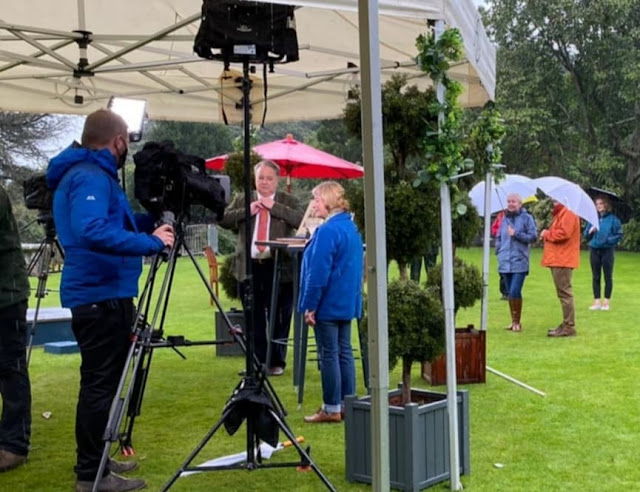 * Issy gets ready to film her sequence on the show. Below: Items in her treasured collection. 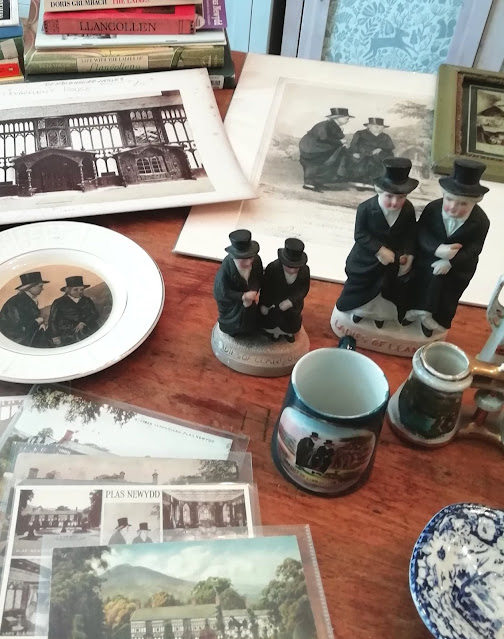 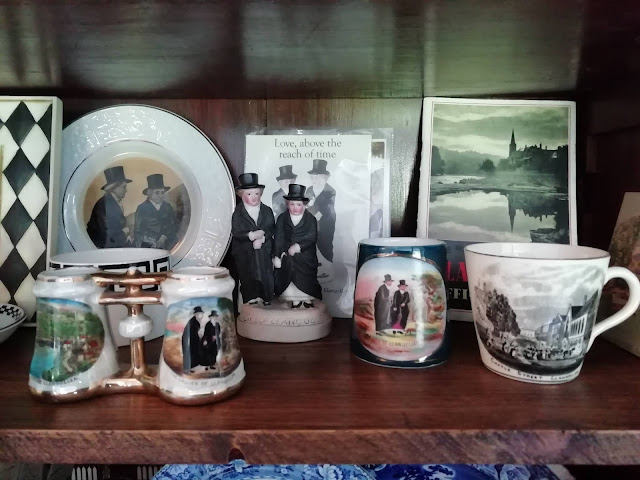 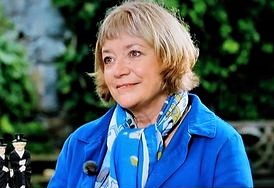 * Issy is told the total value of her collection is about £350.

A Llangollen woman went on national TV to show off her treasured pieces of local memorabilia.

Issy Richards, a former deputy mayor of the town, took her prized collection featuring the famous Ladies of Llangollen along to Bodnant Garden to be admired on BBC's Antiques Roadshow.

And long-standing expert Stephen Moore told her that her collection was worth around £350, although she said she had no intention of selling any of the items because they are of such great sentimental value to her.

Explaining how her appearance came about, Issy said: "I have always been fascinated by the story of Lady Eleanor Butler and Sarah Ponsonby, the Ladies of Llangollen, and their home, Plas Newydd, which is the jewel in Llangollen's crown.

"My late mother Heather Richards collected memorabilia about the Ladies including books such as Doris Grumbach's 'The Ladies' and Elizabeth Mavor's 'Life With The Ladies of Llangollen'.

"I've continued to collect items over the years, so when BBC 's Antiques Roadshow put out a call for interesting items, I sent a photograph of them, not expecting any further response."

She added: "However, I did then get a call from a BBC researcher who asked a few questions, then an email inviting me to bring my collection along to Bodnant Gardens on September 2nd last year.

There were strict Covid rules and regulations to comply with, and forms to complete for myself and my three guests.

"The weather on the big day itself couldn't have been worse, with torrential rain and high winds, plus it was very cold!

"Stephen Moore, who made his first appearance on AR in 1997, is a charming and colourful character with an interest in the Ladies of Llangollen himself, we had a preliminary chat and he selected half a dozen items for the filming.

"It was interesting watching other people being filmed from a gazebo nearby. I got a bit cold, damp and nervous, but then it was my turn.

"My items were set up on a high table, but it was so windy that a print knocked a piece of china onto the grass, everyone gasped, but fortunately it wasn't damaged.

"The cameras rolled, action was called, and hopefully people enjoyed seeing our Ladies on national television."