St Collen's hosts its first live service in many weeks 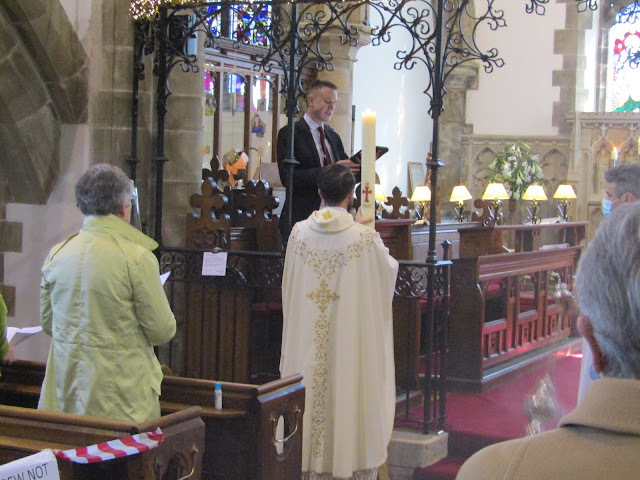 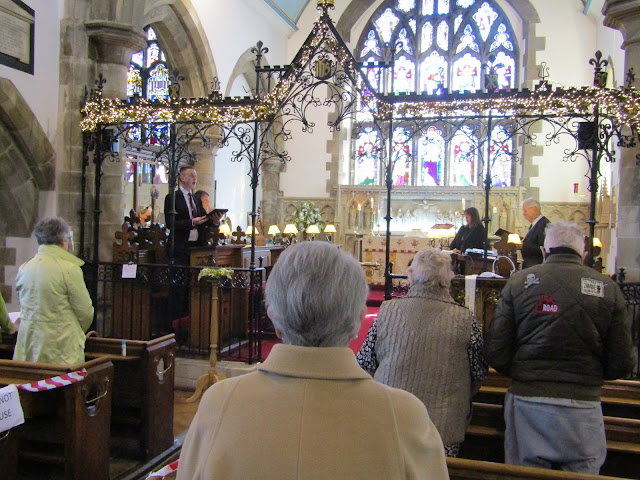 * The four-strong choir fill the church with marvellous sound.

St Collen's Church welcomed back members of its congregation for the first time in many weeks this morning when it held a socially-distanced Easter service.

With half the aisles taped off people were spread at intervals right across the church for the worship led by the vicar, Father Lee Taylor.

He began proceedings by entering with the large Easter candle and fixing in place before the alter.

With the congregation, all wearing masks and not being allowed to sing due to safety rules, the service was heavily reliant on the excellent four-member choir for its musical elements.

This included Leigh Mason, Helen Belton and Shea Ferron, all accomplished vocalists and performers with of Llangollen Operatic, along with John Williams, but also augmented by the voice of the vicar himself.

They filled the church with marvellous sounds, particularly during their flawless rendition of traditional Eastertide anthem the Hallelujah Chorus from Handle's Messiah.

Posted by llanblogger at 3:52 PM