Twenty Club prepares for its next production 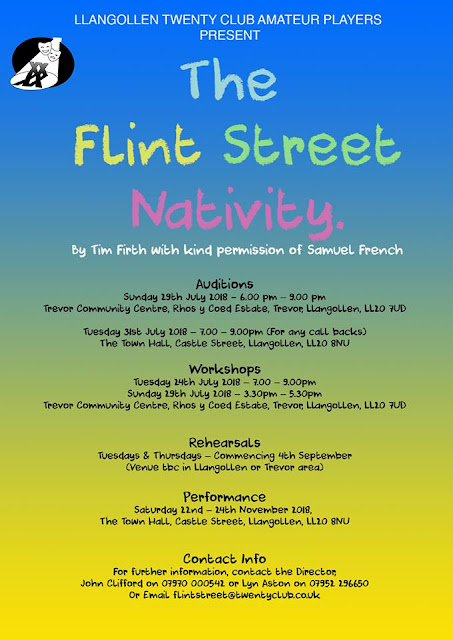 The Twenty Club Amateur Players of Llangollen are performing The Flint Street Nativity from November 22-24.

It's an hilarious comedy written by Tim Firth of Calendar Girls fame.

Rehearsals will be held on Tuesdays and Thursdays starting on September 4 at a venue in Llangollen yet to be confirmed.

You will be invited to join the Facebook page once you have expressed an interest, and the production team will keep you updated on the auditions, workshops and casting of the play.

There are seven male and five female characters, all ideally aged 25 – 55.

Director John Clifford said: "The performances promise to be of an excellent standard, as expected from The Twenty Club, but also of great importance, rehearsals and the production should be great fun.

"We are also looking for new members who may be interested in helping with other areas of the production too. Please get in touch."

* For more information about The Flint Street Nativity, click this link https://www.samuelfrench.co.uk/p/11564/the-flint-street-nativity
Posted by llanblogger at 7:00 AM