A free taxi service is now running on the bus route between Llangollen town centre and Pengwern.


According to one of the local county councillors, Graham Timms, this has been arranged by Denbighshire until a suitable bus to serve the area can be arranged.


He explained: “There has been an intermittent problem with the service between the town centre and Pengwern due to the lack of availability of a suitable bus. 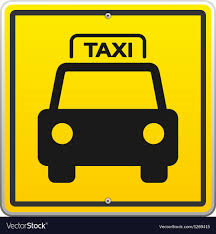 “I understand that the service will only cover Pengwern if a small bus is used. When a larger bus is used on the service it has been missing out the Pengwern section of the route, causing problems for residents who have been unable to catch the bus into town, or who have been left to find their own way home when the smaller bus is not available for the return journey.


“I understand that the route is under a Wrexham contract with a financial contribution to the service being also made by Denbighshire.”


Cllr Timms added: “The situation is clearly highly unsatisfactory for local residents who rely on this route.


“easybus are trying to resolve the problems and are likely to have the service back to normal in August.


“Until that time Denbighshire have agreed to put a taxi service on the bus route running at the same time as the easybus timetable to ensure that passengers are provided with public transport according to the timetable provided.


“It will also ensure that passengers can travel on to Llangollen Health Centre should they wish. The taxi service is being provided by Premier Cars and will be free to bus users until the normal service is resumed.


“Residents have been discouraged from using the service due to the intermittent and unreliable provision at a time when we should be encouraging the use of public transport.


“There may be some duplication in the service until easybus are able to resolve their problems as they are unable to predict when their Pengwern service will run.


“The taxi replacement taxi service started on Monday 23rd July.”
Posted by llanblogger at 7:17 AM