Thanks a million from llanblogger 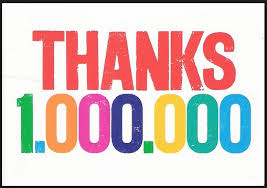 Today llanblogger celebrates six years since its launch during which time it has notched up just over one million page views.

The blog has reported - many times exclusively - on everything from Sainsburys not wishing to go ahead with opening the town's new supermarket to major road accidents and from a rooftop siege to the planning battle over a new housing estate.

Then there are regular reports on plays, shows an concerts by our local groups.

We also try to bring a flavour of what's happening in politics both locally and nationally as it affects Llangollen.

While the bulk of our readers are in the UK we also have devotees of the blog in the United States, Norway, Russia, France, Germany, Japan, Spain, Canada and Jordan.

So it's a big thank you to all our readers both regular and occasional over the past six years.

And we hope you'll keep on reading llanblogger.

Here's to the next million!