Llan Co-op to be facelifted this autumn 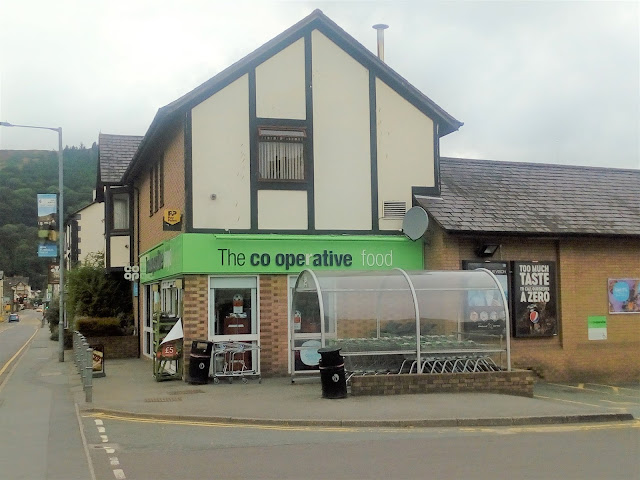 * The Co-op in Regent Street is due to be upgraded this autumn.

A major facelift of the Co-op store in Llangollen will be carried out this autumn.


That is the word from a spokesman for the food store chain which has just announced details of a big expansion plan.


This will see the Co-op open 20 new stores across Wales over the next 18 months, including Prestatyn and Rhos-on-Sea.


The group says it will also be revamping six of its existing stores in North Wales, including Llangollen, Denbigh and Llandudno Junction.


Asked by llanblogger for further details of what is planned for the local store in Regent Street, a Co-op spokesman said: “It is a little too early to confirm further detail, it is scheduled for major investment this autumn - enabling the store to better serve its community.


“We expect the works to be carried out by mid-October.”


The move has been welcomed by Llangollen county councillor Graham Timms, who said: “I am delighted that the Co-op has announced that they will be investing in the Llangollen store on Regent Street.


“When Aldi and Home Bargains opened in the town a year ago, many thought that it would lead to the closure of the Co-op.


“New investment in the store indicates the confidence that the company has in giving the Co-op a future in Llangollen.


“Many customers who rely on the Co-op for their shopping would have found it difficult to travel to alternative shops in Llangollen.


Tina Mitchell, Co-op’s managing director for Wales, recently told the Daily Post: “Since our troubles a few years ago we have reconnected with our customers.


“The shops have got better, our service has got better and we have worked with more local suppliers and our offer is better.
“Co-op now work with hundreds of local suppliers in Wales and they provide 500 products for stores – we are very proud of that.”


She added: “Convenience and online have been the growth areas and we have been well placed to take advantage of that.
“While some supermarkets have tried to make this part of their offer, providing convenience stores in people’s communities is what we are all about.


“The gap in prices (to supermarkets) has narrowed. We have invested £50m in prices to make many items cheaper. While it is not all about price, we have invested here to remain competitive.”
On the future plans in North Wales, she said: “The brand has always resonated in Wales and Co-op is looking at areas where we think people are under-serviced – this is a big opportunity for us.


“We are also looking ahead and can see future potential in Wales for the considerable future. This will not end at the end of 2019.”
Posted by llanblogger at 11:42 AM