The sun shone down on the opening day of the 2018 Llangollen International Musical Eisteddfod.

On the field and in the big tent most of the activities revolved around Children's Day which saw hundreds of youngsters visiting the festival from across North Wales and neighbouring areas of England.

The was also a full programme of entertainment - all of it free - at various venues in Llangollen town centre.

The Town Hall was turned over to the preliminary rounds of the International Voice of the Future competition which saw a breath-taking display of vocal talent.

There was more vocal power on show at St Collen's Church which was the setting for the first of the week's @One Concerts, which will be held each day of the festival at 1pm.

Providing the entertainment this afternoon (Tuesday) were two choirs from the USA - the Seattle Girls Choir from Washington State followed by the Phoenix Girls Chorus Cantabile from Arizona.

Music fans were then able to dash across town to the English Methodist Church to enjoy the opening rounds of the International Voice of Musical Theatre competition, which again witnessed some rare displays of vocal talent from a series of young performers.

Below the pictures is a list of attractions to be staged in the town centre over the rest of this week, sponsored by Fouzis and the Cornmill. 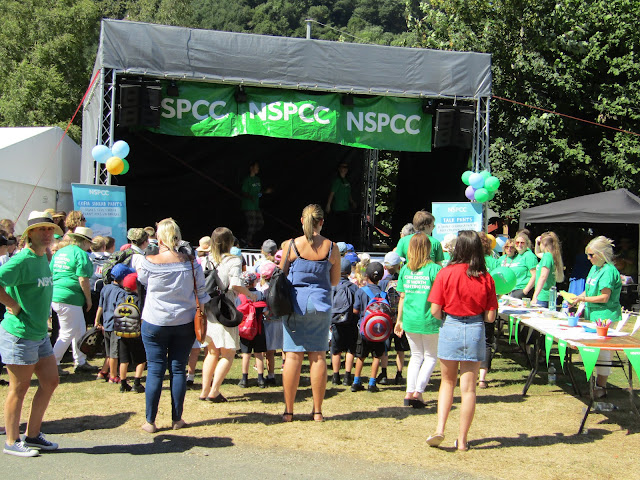 * Young Eisteddfod visitors enjoy a special performance on the NSPCC stand on the field. 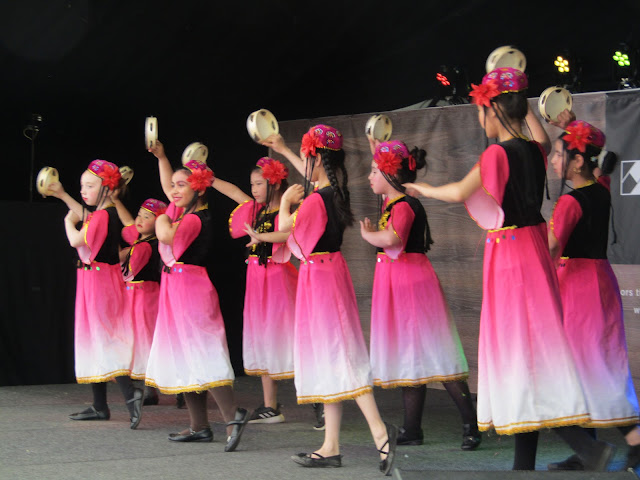 * A group perform traditional Chinese dances on one of the outdoor stages. 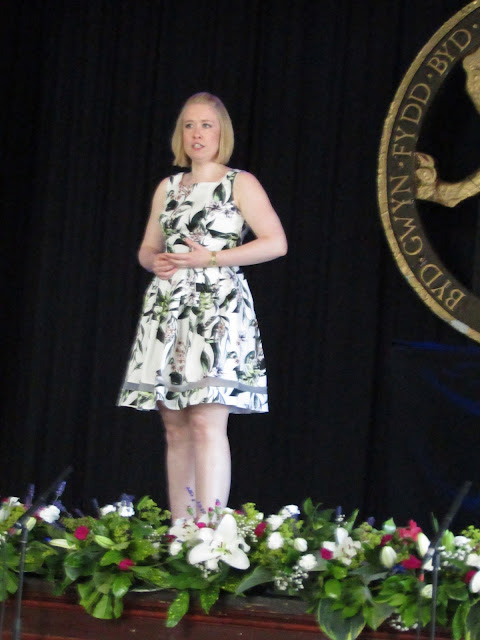 * Sarah Guildford from Cardiff was one of the
competitors in the International Voice of the Future
competition at the Town Hall. 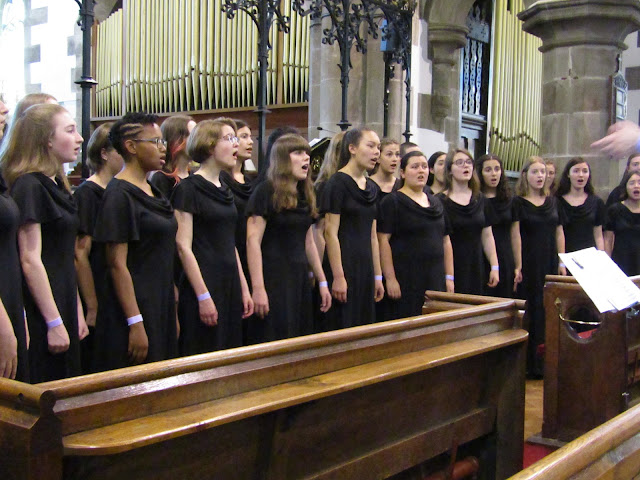 * The Seattle Girls Choir perform at the @One concert in St Collen's Church. 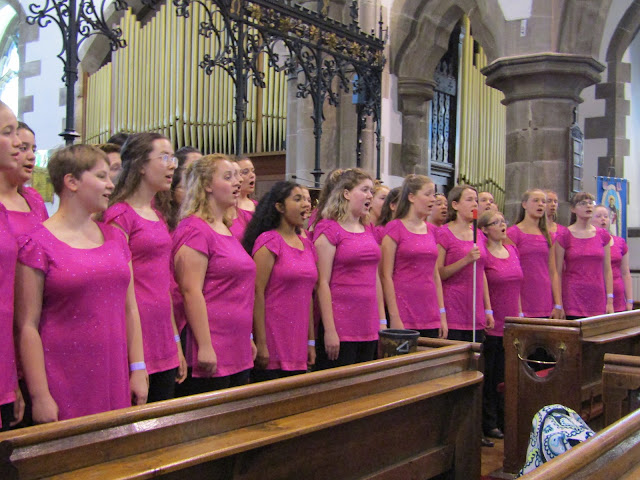 * Also singing at St Collen's was the Phoenix Girls Chorus Cantabile from Arizona. 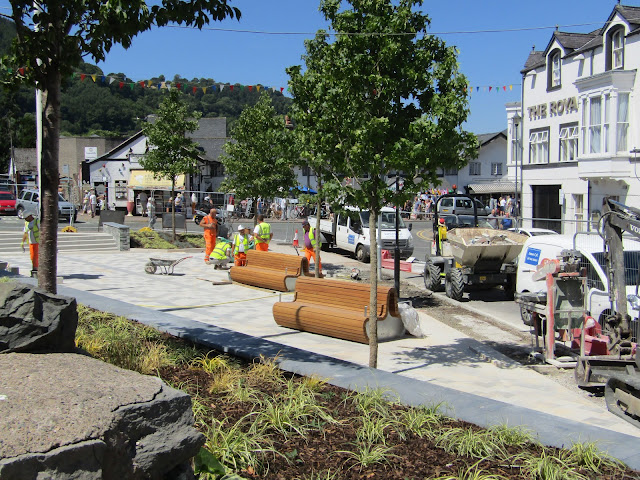 * Contractors put the finishing touches to the new-look Centenary
Square where a series of special events will be staged throughout the week. 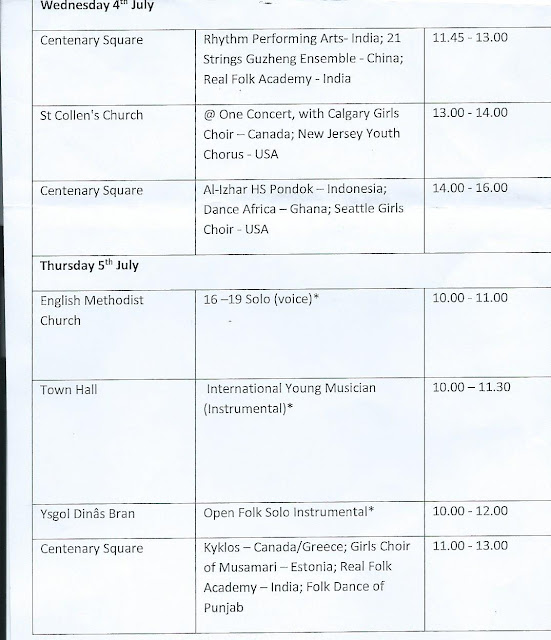 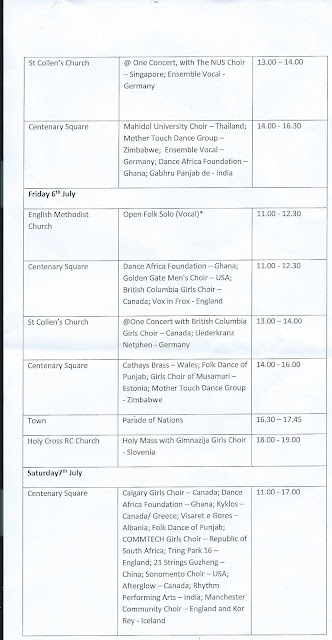 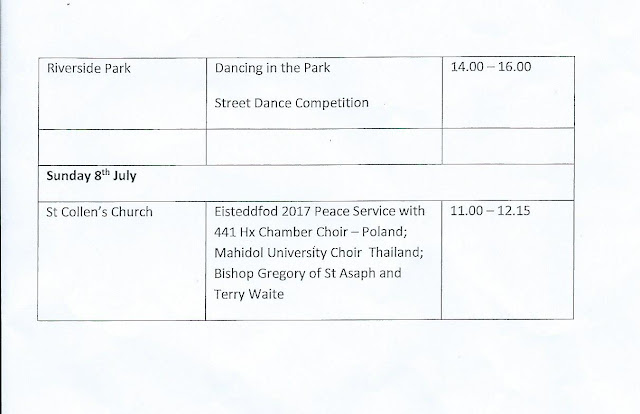 Posted by llanblogger at 3:38 PM