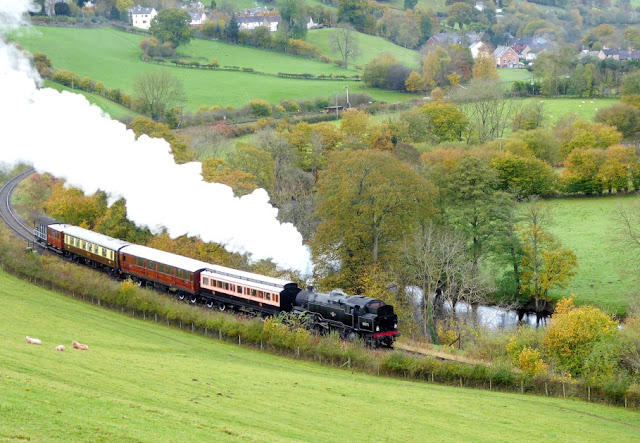 Channel 4 TV screened the fifth and final episode of its Great Rail Restorations series on Saturday eveningy when the action shifted to operating the Time Train on the Llangollen Railway.

In the off-peak period of late October 2017, Llangollen Railway made the station facilities and the railway available to the Channel 4 production team for three days to film the Time Train in action.

The programme showed how three of the carriages, a four wheeler, a Royal Saloon and a Pullman car, spanning 100 years of railway operations, were brought by low loader from their restoration bases at Isle of Wight, Embsay and Tyseley to join the Great Northern coach at Llangollen.

This unique formation of four carriages was then filmed operating on the Dee Valley line between Llangollen and Carrog with members of each restoration team on board to sample and compare the results of all their hard work.

They enjoyed lunch served in the Pullman coach as a celebration of a remarkable effort to meet the challenge set by the TV producers.

Speaking about the restoration of the Great Northern coach at Llangollen the owner, Peter Lund, said: “The restoration of this 1912 teak bodied coach was a gargantuan task. At every stage more work than had been anticipated was revealed to rebuild the interior.

"It is only thanks to the strenuous efforts of all the team from Llangollen Railway’s Carriage & Wagon works that the challenge to restore it was met in time for the filming schedule.”

The train was taken down the line by the Standard Tank No.80072 with presenter Peter Snow in the driver’s seat, as he lived the dream of a lifetime driving a steam engine.

He was under the careful supervision of Llangollen Railway driver Paul Reynolds from Chester and fireman Graham Hoyland from Abergele.

If there is a second star in the programme, it is the No.80072 as it is seen steaming past Berwyn and through the autumnal scenes along the railway line to Carrog.

"The stunning views of the river Dee at Llangollen and the Dee Valley are amazing and a great promotional opportunity for the region.

“The volunteers and employees are thrilled with the programme and the promotion it offered for the railway's setting, its ability to operate the heritage train and the efforts of all those involved.

“It was great invitation for visitors to come and ride our wonder railway and enjoy the atmosphere along the line in the Area of Outstanding Natural Beauty. They can see the restored Great Northern carriage with their own eyes on static display at Carrog station.”

Berwyn resident Martin Gill, who saw the train go past during the filming, said: “It was amazing to see four generations of railway carriages in one train.  I suppose you would describe it as living history.” 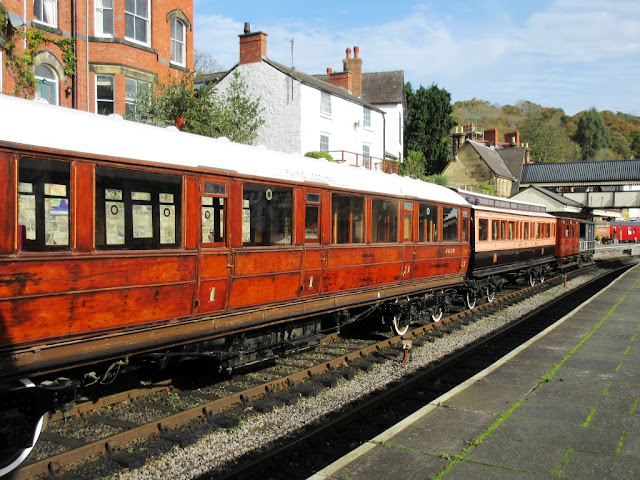 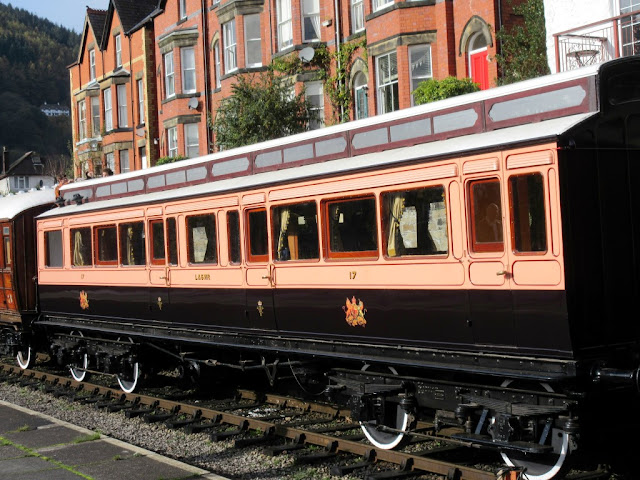 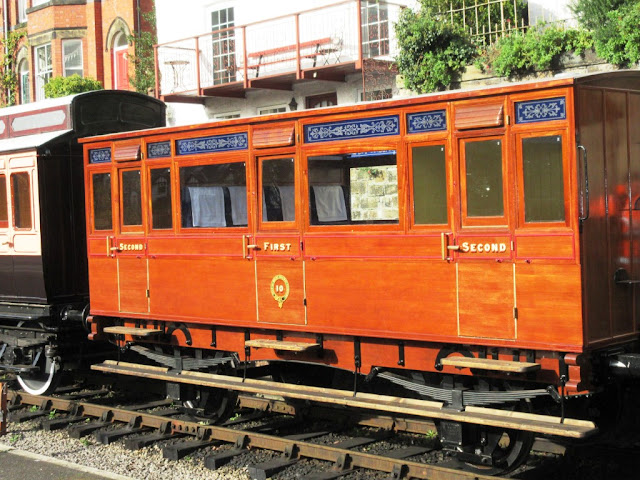 * The Isle of Wight four-wheeler. 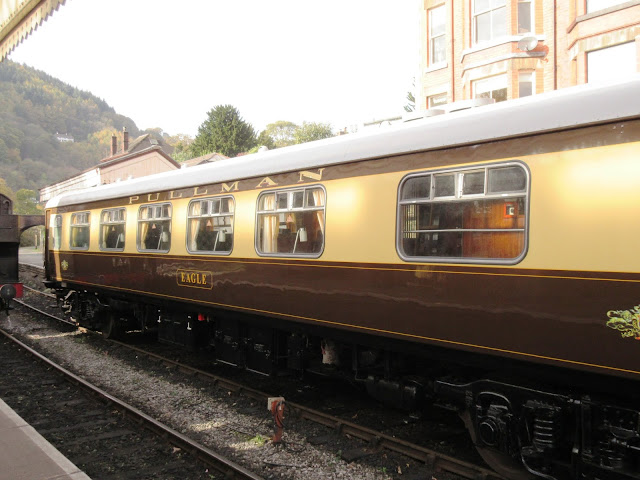 * The Pullman coach Eagle.
Posted by llanblogger at 3:06 PM