Musical journeys on offer at the Fringe 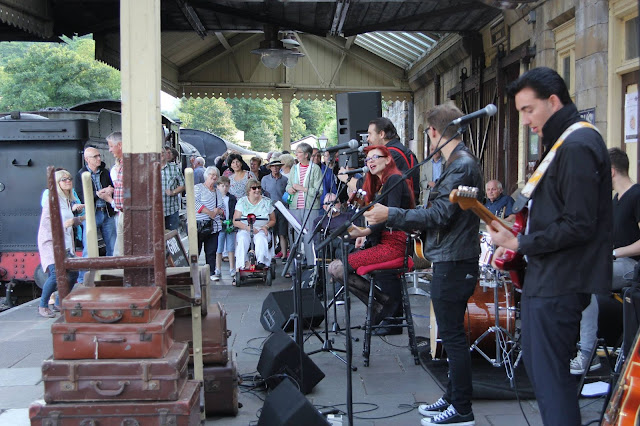 This year’s Llangollen Fringe Festival offers musical journeys on both the town's steam railway and the famous Pontycysyllte Aqueduct Canal.

On Sunday July 22 you can enjoy a fun-filled 10 miles travelling through the Dee Valley with live disco music on the steam train, a dancing carriage, and a fully licensed bar on board.

There will be a BBQ and live music before heading off from Llangollen station and a special surprise on arrival in Carrog before travelling back to Llangollen.

You’re invited to don your best disco gear and dance the afternoon away.

Keep the good vibes going after the disco train when you pop on your headphones and dance noiselessly to your choice of two live DJ’s or some chill music  at a specially organised ‘silent’ disco in Llangollen Town Hall.

On Saturday July 28 there's a chance to cruise along the canal and over the aqueduct with musical accompaniment from The Sinatra Two.

Sit back, sing and swing along and enjoy the cruise with a complimentary glass of wine, and a fully licensed bar on board.

Your journey will take you between Llangollen and Froncysyllte via Telford’s Pontcysyllte aqueduct on a narrowboat, and the journey is made complete by a transfer between Froncysyllte basin and Llangollen on a vintage bus.

Tickets for the Disco Train and the Narrowboat Cruise are on sale now at www.llangollenfringe.co.uk

The festival rounds off with its now legendary closing concert in the stunning surrounds of VALLE CRUCIS ABBEY featuring the ethereal sound of GOLDEN FABLE and THE NEW SINFONIA ORCHESTRA.

Tickets for all other Llangollen Fringe performances are also available from the website, or by calling the Fringe box office on 0800 1455 779.
Posted by llanblogger at 7:15 AM