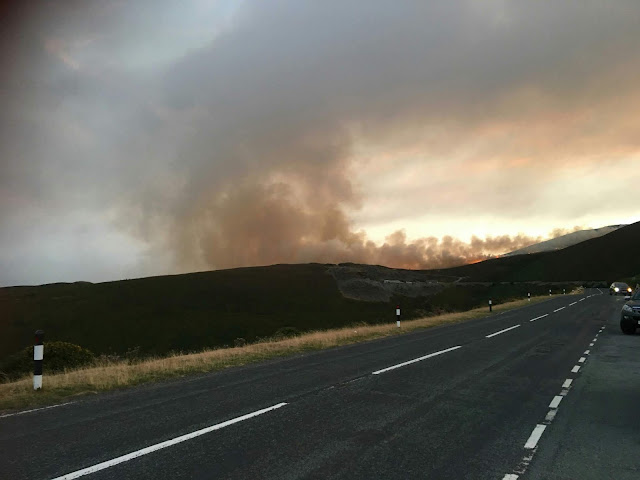 * From the Horseshoe Pass at around 9.30pm. Picture: Karen Edwards. 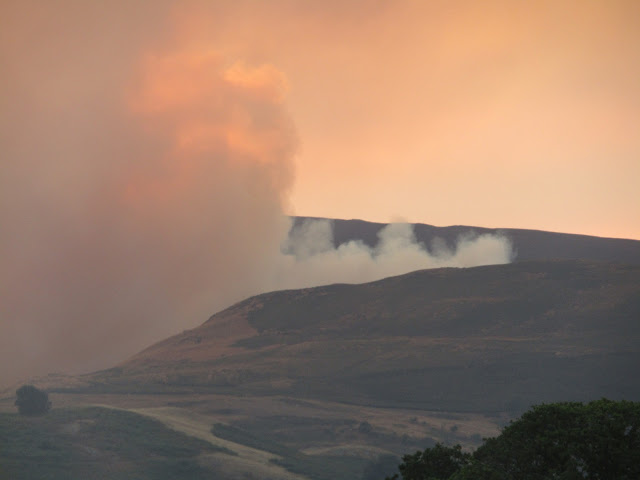 * The fire just before 9pm Wednesday. 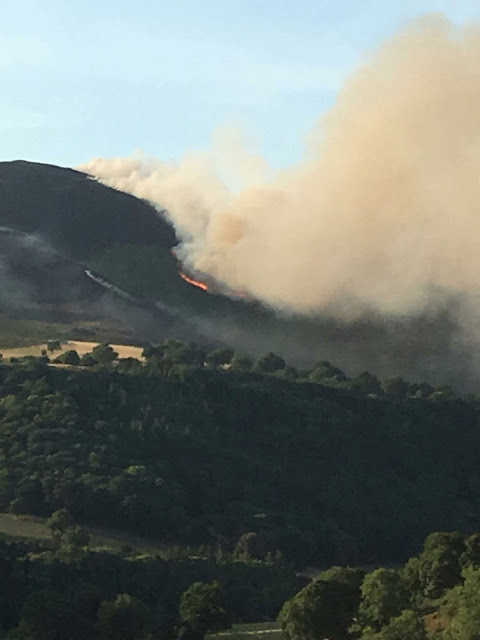 * The fire pictured by Karen Edwards. 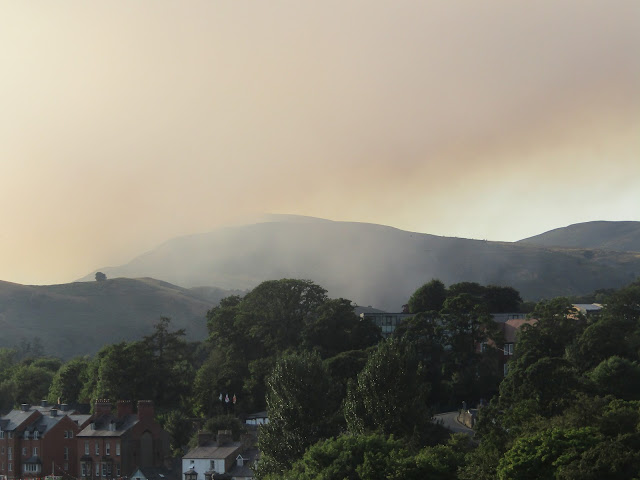 * Smoke from the fire drifts across the mountainside.

Seven fire engines are currently tackling a blaze on the mountainside in Llantysilio.

A story on Leaderlive earlier this evening says: "A fire which experts had under control has flared up again in Llangollen.

"North Wales Fire and Rescue have been attending a blaze on a mountainside in Llantysilio since 2.20pm on Thursday, July 19.

"A spokesman told the Leader this evening that the fire has "re-flared" and more crews are now in attendance.

They said: "Crews have been tackling the fire since last week using dampening methods. It was not completely extinguished from last week but at around 4pm today the fire sparked up again.

"Four fire engines are in attendance an three off-roader vehicles.

"The incident is still ongoing."

Posted by llanblogger at 8:24 PM