Scammers claiming to be from HM Revenue & Customs (HMRC) are targeting people in Denbighshire and neighbouring authorities by attempting to trick them into paying bogus debts and taxes.

Denbighshire Trading Standards have received reports of the bogus phone calls from worried residents, who got in touch following warnings of similar calls being made across the country in recent weeks. 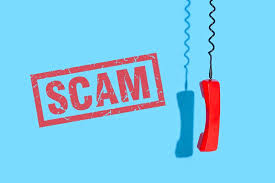 The fraudsters told their intended victims that they had unpaid tax bills and demanded immediate payment. One individual was told that they owed £860 in income tax payments and they would be taken to court if she did not pay immediately.

Payment has been requested in a number of formats including buying ITunes Vouchers that someone would call and collect.

Fortunately at this time residents reporting the matter have realised it was a scam and refused to hand any money over.

Denbighshire Trading Standards are issuing a warning today to help prevent others falling for the con.

A spokesman said: “A genuine representative of HMRC would never call and ask for your bank details or for payment in iTunes vouchers.

“Be wary of any caller who asks you to give personal or financial details over the phone – wherever they claim to be from. “If you believe it may be a genuine call from your bank, a retailer where you have an account or a Government body, hang up and call them back later – and look up the contact details yourself rather than using a number the caller has given you.

“If they’re genuine they won’t have a problem with this and you could save yourself from handing over your hard earned cash to a scammer.”

“We would also ask that you pass on the details of this scam to any neighbours or relatives that you may have, we need to spread this message to any individuals who may be vulnerable or may not have access to online media.  Anyone who receives a call that they are suspicious about is asked to call Action Fraud on 0300 123 2040 or report it online.
Posted by llanblogger at 3:17 PM