Flames are now visible on the mountainside near Llantysilio from the town centre. Taken by llanblogger with a telescopic lens. 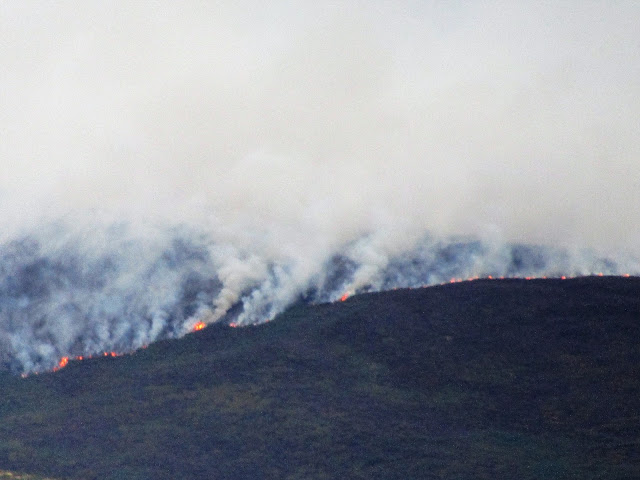 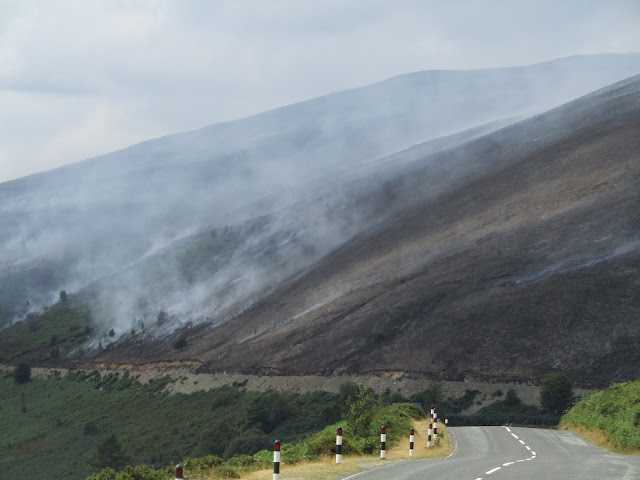 * The fire is clearly visible from the Horseshoe Pass - currently closed to traffic. 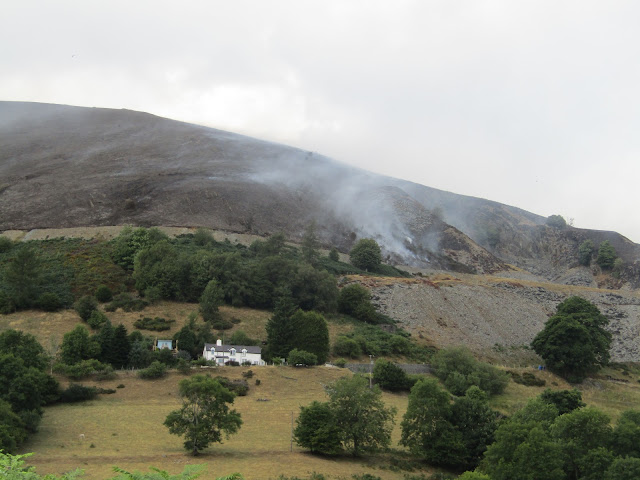 * The blaze on the mountainside not far from property on the Horseshoe Pass. 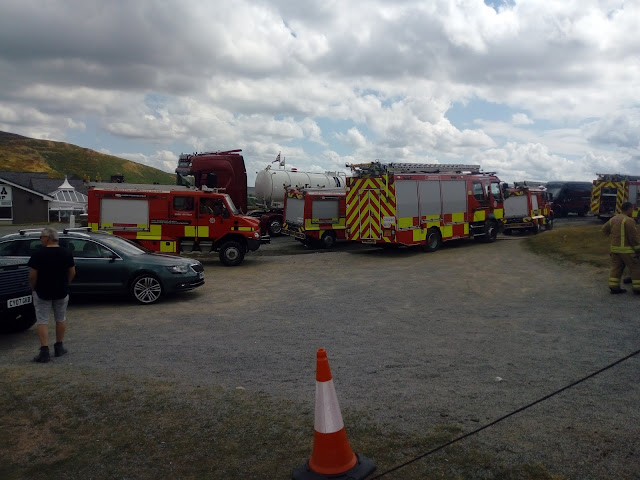 * Part of the fire command centre near the Ponderosa Café. 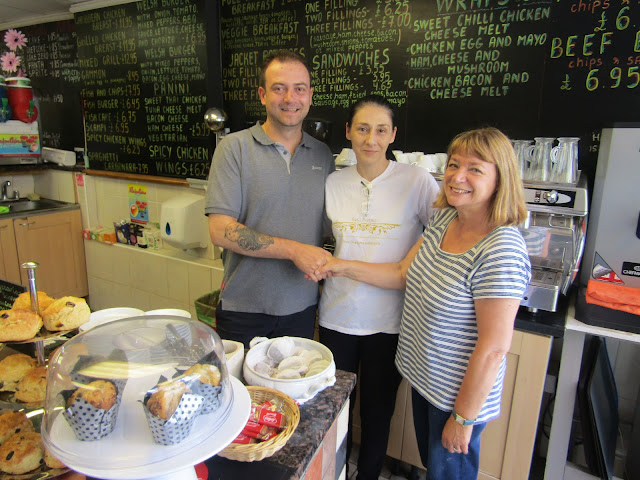 * Llangollen's deputy mayor, Cllr Issy Richards, right, thanks Silviu Pop and his partner Gyulaydan Ali at the S&G Bistro for their donation of today's lunchtime sandwiches. 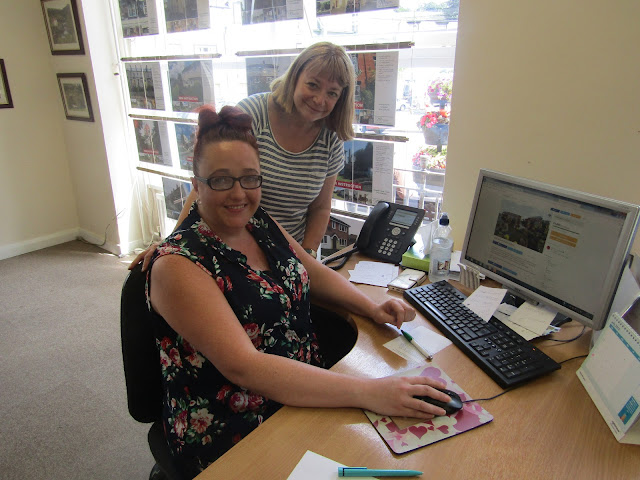 * Cllr Richards checks donations to the website set up by Cat Meade at Wingetts.
llanblogger has seen at first hand the massive battle being fought to control a huge fire raging on the mountainsides above Llangollen.
And we have also witnessed the major effort back in town to get vital supplies to the teams of firefighters involved the operation.


Since it flared up again earlier this week the blaze has turned many acres of grassland into scorched earth.
Relays of firefighters from Llangollen and other parts of North Wales have since been braving soaring temperatures to beat out the flames.


Numerous people have been supporting them by donating food, water and other items.
And one woman from a local business has co-ordinated an appeal to keep the supplies flowing which had raised over £1,000 within hours of being set up.


This lunchtime (Friday) llanblogger joined Llangollen’s deputy mayor, Councillor Issy Richards, and her partner Mike as they delivered the latest batch of sandwiches and cold drinks to the two locations from where the fire is being fought.
Two big boxes of freshly-made sandwiches came courtesy of Silviu Pop and his partner Gyulaydan Ali at the S&G Bistro in Castle Street.


Our first delivery was to the fire crews battling the blaze from the hills around Llanstysilio and the second was to the busy command centre which North Wales Fire & Rescue has set up with other emergency services on the car park of the Ponderosa Café on the Horseshoe Pass.
The pass itself was closed by the county council earlier today at the request of the fire service who said sightseers were hampering their operations. However, we had special permission to use it for our delivery.


We had hoped to speak to some of the Llangollen-based firefighters who have been in the thick of the action but a colleague from the Wrexham station said they were busy in an inaccessible part of the nearby mountainside.

However, he thanked Cllr Richards sincerely for the donation and said it would be much appreciated by the crews.


Back in town Cat Meade from Wingetts estate agents in castle Street described how as a gesture of support for what the fire crews were doing she had arranged an online donation page the money from which will help to pay for more supplies.
Cat, who lives in town, explained how she had set this up around 8pm last night and within minutes it had started clocking up the pounds. By around 1pm today the donation total stood at just over £1,000 with more coming in by the minute.


She said: “I’ve been overwhelmed and very touched by the amazing response to the appeal.”
Cat said other cash donations were being made in person by members of the public at her office.


Food, water and soft drink supplies have also been coming in from a host of local businesses and a supply collection point had been set up as far away as Oswestry.
The BBC reports that 60 firefighters are currently tackling the blaze above Llan, with 12 crews involved at Llantysilio and near the Horseshoe Pass.

The fire service said its control room has received calls from concerned people reporting smoke in the air from 12 miles away in Wrexham.