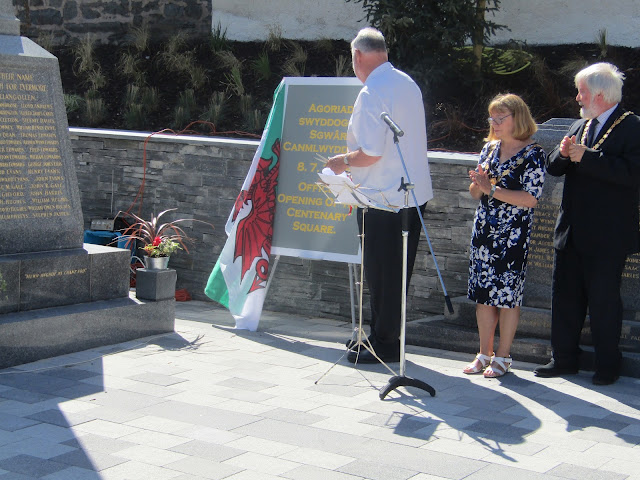 
A large number of civic dignitaries, representatives of various organisations who contributed to the project and a large crowd of onlookers stood in the hot sun to watch the proceedings.


Town Mayor Cllr Jon Haddy welcomed people to the event and gave a run-down of how the project to transform the former Memorial Gardens was first envisaged in 2012 and was developed over the following six years by town councillors and Town Clerk Gareth Thomas.


There was then a moving reading in Welsh by Deputy Town Mayor Cllr Issy Richards of a peace poem by poet and national eisteddfod bard Hedd Wynn who was killed in the First World War.


Terry Waite spoke on the theme of peace and said it was fitting that the new square was being officially opened exactly 95 years after the First World War memorial was unveiled.


He paid special tribute to the 441 Hz Chamber Choir from Gdansk in Poland who sang at the ceremony, saying this country owed their country a great deal of gratitude for the service they armed forces gave during the Second World War.


Mr Waite congratulated the Town Council and the people of Llangollen for the contribution they had made to making Centenary Square possible.


Over 70 years ago the people of the town, he said, had made a similar contribution to creating the Eisteddfod to which people from all over the world came to promote peace through the language of music.


To loud applause he then unveiled a plaque commemorating the opening of the square before the choir sang.


The two national anthems were sung to round off the ceremony.


Later, invited guests at the Town Hall were shown a time-delay film of how the construction project unfolded over a number of months before the square opened in time to be used by a series of popular outreach events at which Eisteddfod competitors performed for the pubic throughout the week. 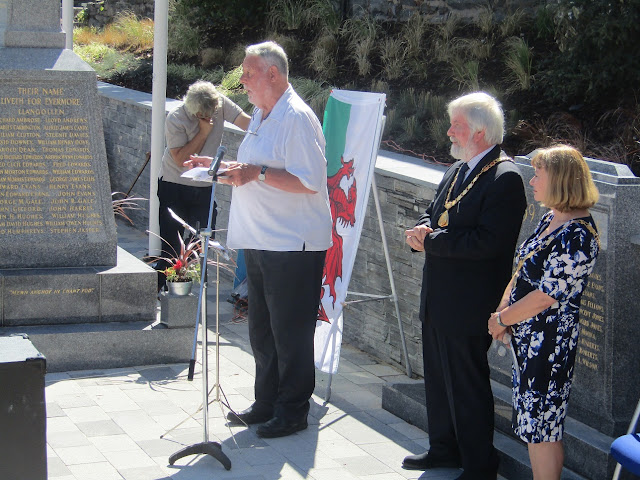 * Terry Waite speaks on the theme of peace. 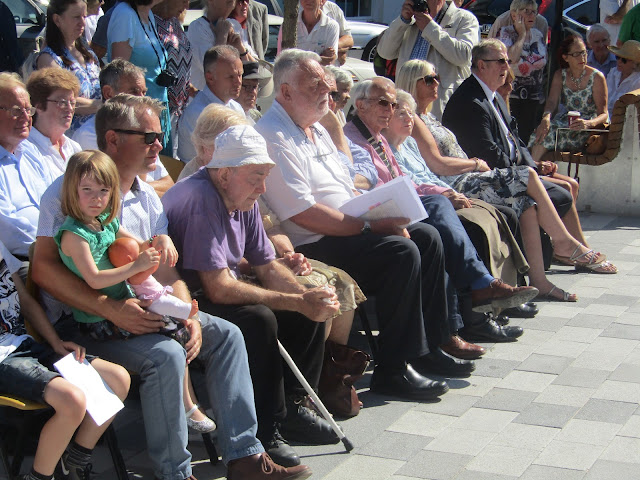 * Terry Waite and other special guests at the ceremony. 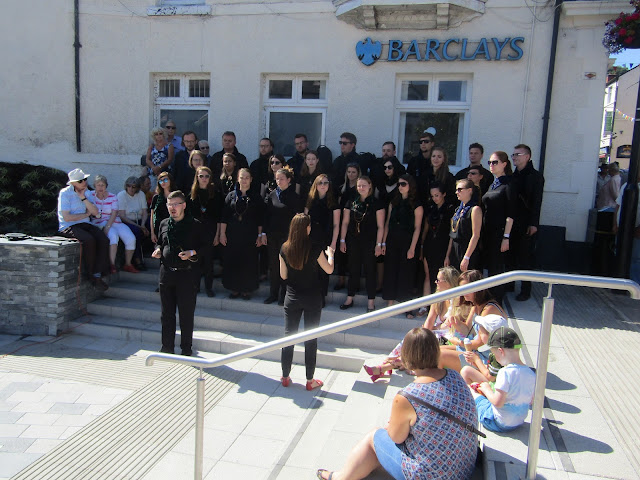 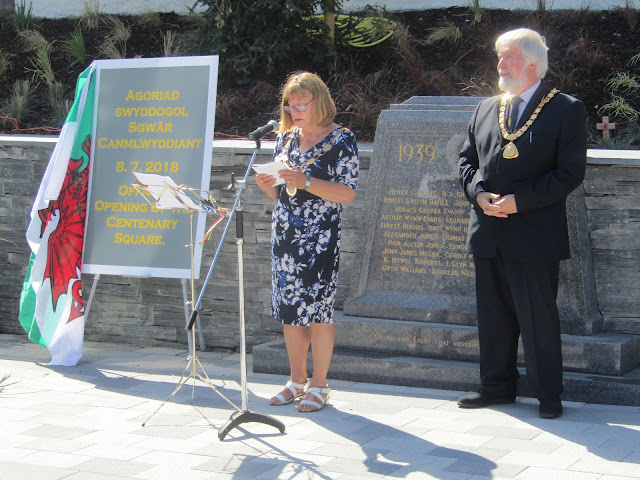 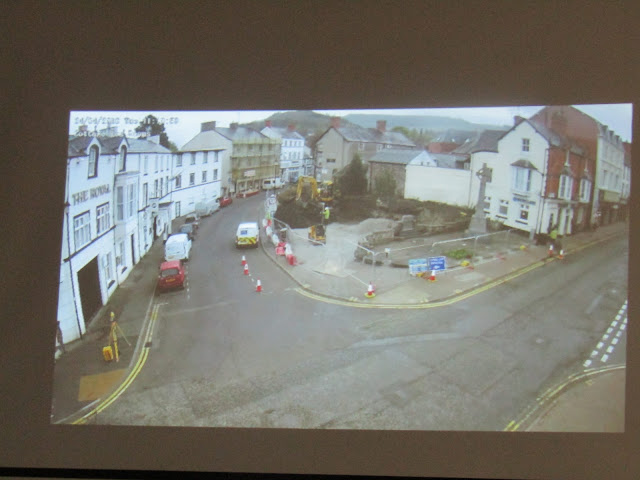 * Part of the time-delay film showed at the Town Hall.
Posted by llanblogger at 12:19 PM